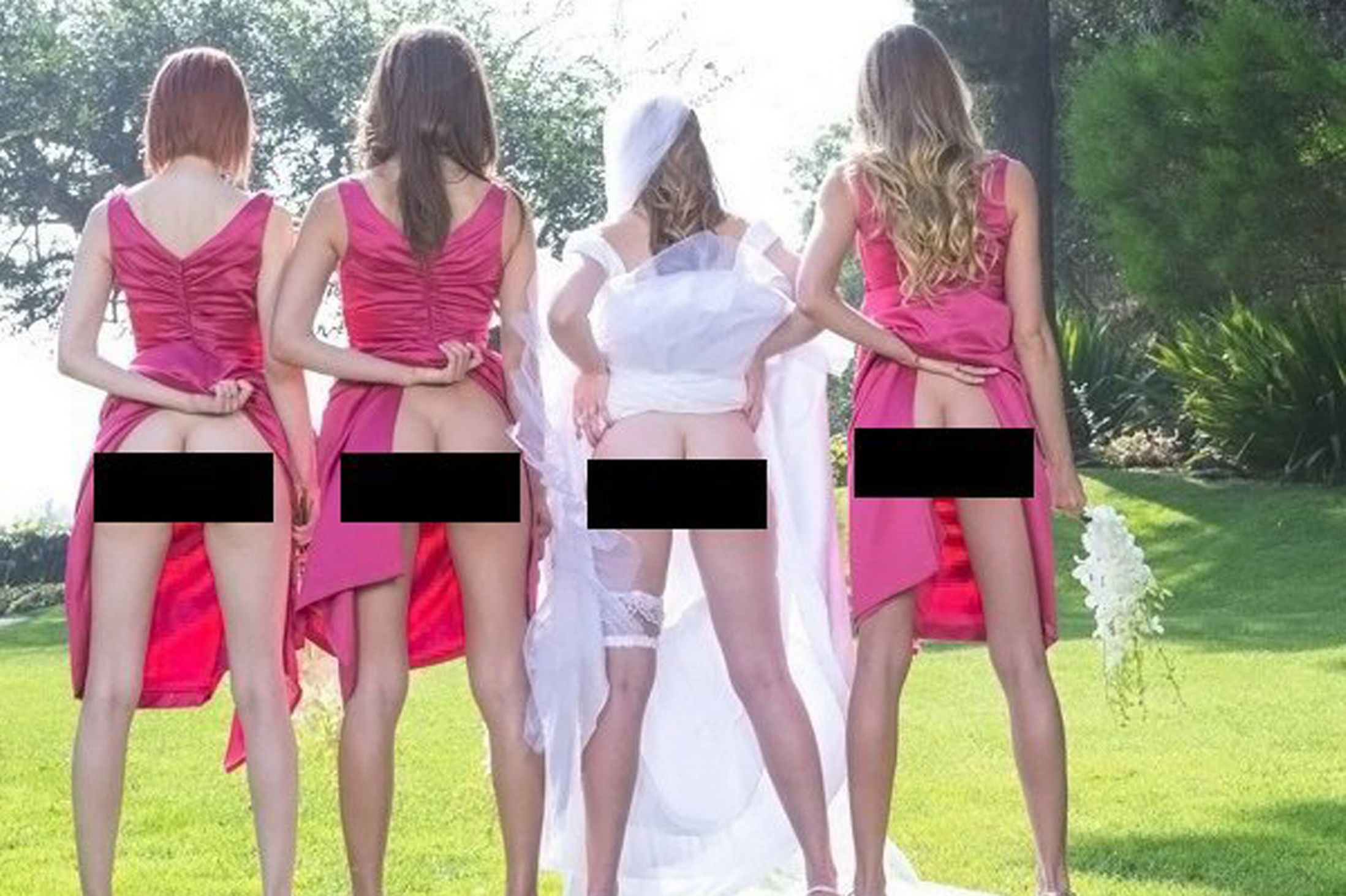 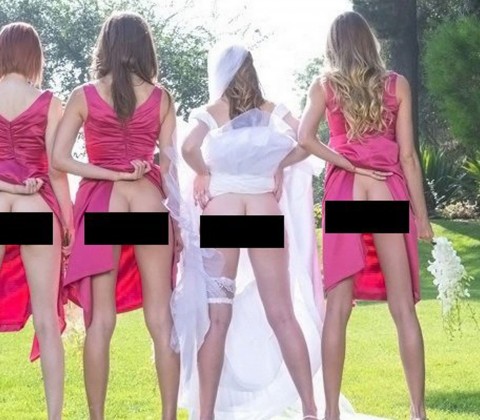 Bummed Out Over Wedding Photo Trends?

I looked up “mooning,” “photography,” and “wedding” in my Miss Manners 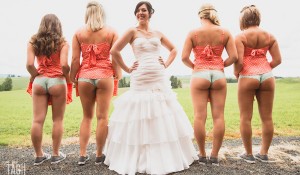 book in the hopes that Miss M would provide some civil insight into the recent wedding trend of the bridal party baring their derrières for a photo op. Surprisingly, she had no personal opinions on the matter.

This tells me two things; if there’s no ruling in the etiquette books against such public boudoir photos that means there’s no foul. It could also be telling me that the delicate constitution of Miss M couldn’t fathom such lowbrow, abhorrent behavior or that such behavior was so blatantly unseemly that she couldn’t imagine needing to spell out the obvious to her readers. I think we can all agree that Miss Manners might faint at this new caboose craze.

I don’t think I’ve ever mooned anything in my life, at least not purposely. I did somehow manage to flash the entire port of Havana, Cuba, though not as some sort of political statement but in a stupid, compulsive early twenty-something move simply because I could without anyone noticing. (I apologize to the country of Cuba for any diplomatic faux pas on my part.)

So why are bridal parties having an expensive professional photographer take photos of their backsides as if they accidentally tucked their skirts into their underwear post-bathroom? (PS: classy ladies.) Maybe it’s the same thought process as my twenty-year old self – because I can, because I have a nice rump and my narcissistic generation has no sense of repercussions. Repercussions like – I haven’t thought this through enough to understand how a photo might be leaked and affect my future professional life. Perhaps people are only thinking about what they see as short-term gains, like a superficial sense of self-worth on social media via “likes.” Or maybe there is a downside to open bars at weddings, like making good short-term and long-term decisions. 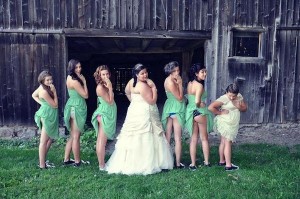 Then again, this new trend is not all too surprising. Today’s generation of newlyweds and wedding parties grew up when “accidentally” leaked sex tapes created monolithic careers. The moral of the story is not that sex is an intimate and private exchange between willing parties but that post-bodily exposure Kim Kardashian is now worth an estimated $65 million. Wedding and dating shows are part of this culture too. We might be saying Yes to the Dress, but what people really want to know is if sleeping with the bachelor on national television is going to result in winning the game show his heart. The bodily exploitation in the media is so common these days that it barely registers with people. When that same treatment infiltrates everyday life for some it’s par for the course; for others, who might side with Miss Manners, it’s unsightly.

What if the formal stodginess and conservativeness of weddings is of a bygone era? Sorry Miss Manners but it’s quite possible your elitist forms of decorum are irrelevant and, ironically, rude these days. As a feminist, I guess I have to say – stop body shaming the bridal party! It’s bumming people out, literally. If people want to moon the camera as a way to celebrate the special union of two people, they should feel free to do so without judgment. Though as a feminist, I also need to point out that I have yet to see groomsmen equally participate in this trend á la Donald Duck style. So maybe it’s not so cool after all… 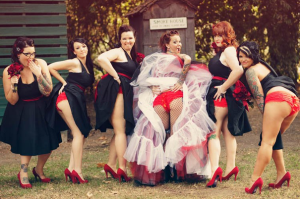