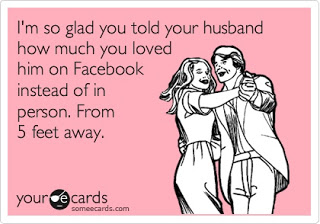 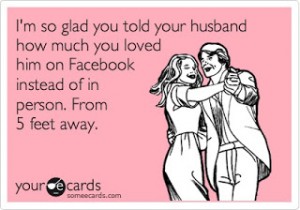 Ever wonder what the deal is behind your social media friends who incessantly post about their relationships? Are they overcompensating for something else or do they really have the best boyfriend/girlfriend in the whole wide world as they claim? Are they truly happy or are the rest of us just curmudgeons and incapable of being happy for someone else’s happiness?

Before Facebook, the nature of relationships used to be more intimate and less broadcasted, but since its inception everybody knows everybody else’s business from “it’s complicated” to “in an open relationship” from “married” to “separated.” Watching online users relationship rollercoaster is sometimes on par with watching The Maury Povich show or an overly saccharine, romantic film. So why do users bother to share their wedding countdown (“6 months till I become “Mrs. John Doe!”) when most their Facebook friends aren’t even invited to the wedding?

“Individuals high in RCSE – an unhealthy form of self-esteem that depends on how well your relationship is going – are also more likely to post affectionate content. But these individuals also felt the need to brag about their relationship to others and even monitor their boyfriend or girlfriend’s Facebook activities.”

So basically friends who relentlessly post about how ‘great’ their partner is tend to get a good chunk of their self-confidence from their relationships. By projecting the image of a great relationship, they are effectively trying to tell the world that they, personally, are also okay. The study also shared that introverts are more likely to follow this type of behavior than extroverts. Extroverts, who have lower RCSE, social anxiety and larger online and offline networks, share equally on social media though focus less on specific relationships as a source for self-esteem.

And if increased social anxiety is found in those with high RCSE, projecting images of social relationships is a way to exhibit acceptable in-group behavior. The study explained these introverted over-sharers also tend to be more neurotic and “may use Facebook as a way to lessen their fears of rejection and anxiety within the relationship.” The study did defend these users somewhat by saying that sometimes these users are genuinely happy in their relationships and are not always overcompensating for anything missing in their lives or relationships. This is great, except that if this happiness is still contingent on RCSE, then when the relationship goes south, so does their personal sense of self worth.

Unfortunately, the study did not expand on was how responding to this behavior online abets RCSE. Getting people to respond to these emotional and relationship rollercoaster rides by “liking” or commenting also provides an alternative outlet for users to gain a sense of belonging and value. A friend once wisely said that, “you know someone is truly happy and content in their relationship when they don’t feel a need to talk about it.” This idea really hit home as a sign of true contentment, but the comment also came well before Facebook. So I wonder if it’s ever possible to be low in RCSE and still share those happy relationship moments and statuses? The question then becomes is there ever a healthy level of sharing one’s relationship info and responding to others’? I guess we’ll have to wait for another study…