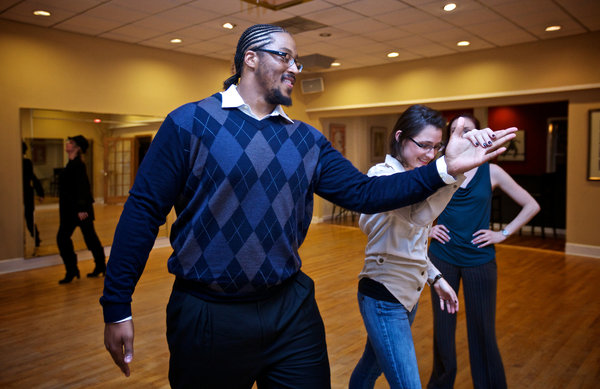 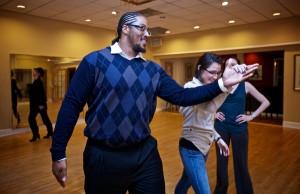 They assume their hard work is done after buying the engagement ring and proposing, now it’s time for the ladies to carry the burden of planning the big day. It’s all flowers, frilly lace and potpouri – stuff that’s too effeminate for a real man to be caught thinking about, right?

In a day and age where relationships are supposed to be based on equality, teamwork and partnership, the gender-based wedding responsibility divide up seems totally outdated.  Unfortunately, it’s still extremely common for men to insist on sticking to what they perceive to be manly tasks – the ring, the tux, the bachelor party; and totally avoid the ones they deem too “girlie” for a man to do.

So I’m going to be bold and call BS on this misogynistic mindset. Why bother getting engaged and having a wedding if the guy has zero to no interest in helping and planning? Seems silly to me to spend thousands of dollars on a day that does not represent the couple.  If that’s the case, put that $30k into a retirement fund so you can retire early on an island together or make a down payment on a house. There are better ways to spend big bucks if your fiance isn’t interested in the Mariachi band you insisted on having at the cocktail hour.

A New York Times article recently covered the wedding planning of Giant’s left tackle Will Beatty and his fiance, Rebecca Helwig, a food scientist. Beatty, at a hulking height of 6’6″, is apparently deep into his own wedding planning slated for the week after the Super Bowl. The article made clear that Beatty is not afraid to stay on top of his wedding game, challenging the bride’s and florist’s desire to go more gothic with his own preference for a classic white wonderland. He compromised by asking, “Do you have anything in a white birch?”  His fiance, Helwig, seems pleased with his enthusiasm and participation despite a demanding work schedule within such a testosterone driven profession, “He wants to be part of it all,” she said. “He’s always thoughtful. It’s why I love him so much.” (I was also pleased to read the Times article give credit to Helwig as a star field hockey college athlete. She’s not the only good athlete in the family.) When it comes to his teammates’ wedding harassment (Da’Rel Scott mockingly sung, “Will is gettin’ maaaaarried!” during the interview), he good-naturedly roles with the punches. May Beatty be a role model for future fiances. If an NFL player can help plan a wedding without feeling emasculated, so should you.

Real men recognize that their commitment in marriage starts immediately, shirking wedding planning responsibilities is not a positive first step to make. Real men are active participants in the planning, they share their voice and opinions and are not so insecure as to suggest lilies over roses, coconut filling over raspberry or a Summer’s Eve theme over a Winter Wonderland one. And real men aren’t bothered one bit when they’re harassed by other guys who wouldn’t dare to be caught in a florist shop. Those guys are the insecure ones – how macho can a guy be if his masculinity is threatened by wittle-ole flowers.

Many argue that the wedding day is all about the bride – I’m calling BS on this too. If the bride really wants the spotlight on her, she can throw an extravagant birthday party for herself. A one-sided wedding ostracizes the groom. Not too mention how unfair that is to him because he is just as important.

By working together to plan the day that celebrates and initiates the couple’s “lifetime of happiness” they are also learning how to work together. Wedding planning is not easy by any means and it’s pretty sexist to assume the ladies are more patiently inclined to endure and appreciate the wedding planning. Between the organizing, scheduling, time management, deadlines, choices, disasters, costs and pressure to make everything perfect, the stress results in a gray hair, one bender, probably some tears and lots of headaches. Many of us don’t look forward to these things or enjoy them, but if the couple can work through them together and come out of the mess still in love it really helps set a precedent for the future. Luckily all the months of awful wedding planning typically result in great rewards. In the first hours of marriage, most couples swoon over the fact that “they did it” (I’m speaking of getting married, not “doin’ it”). For the couples who can elaborate on the colloquialism even further by including surviving wedding planning together and seeing all their hard work, tears and sweat pour into a beautiful, fabulous, fun-filled event really gives the couple a great joint sense of accomplishment and an inclination that together they can conquer anything.