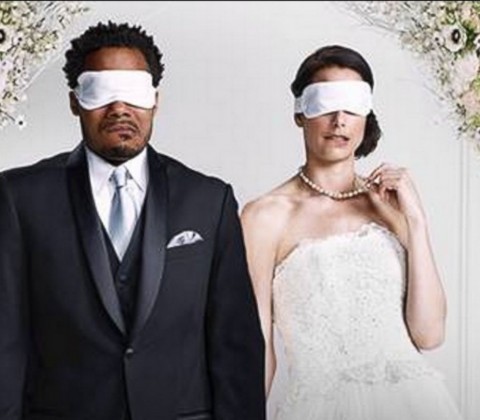 What would it take for you to marry a complete stranger? 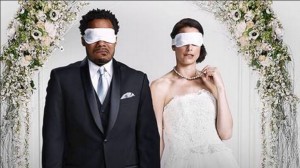 In New York City, with a population of 8 million, there are at least 600 people who can’t find a mate worthy of marriage. What’s their solution (or last resort) to this conundrum in the dating digital age? An “extreme social experiment” hosted by FYI TV (part of the A&E network) where four highly educated and trained professionals will match them up with the soul mate they couldn’t find independently. Sounds like a really high end dating service, right? Not quite, the catch is you can only meet this soul mate if you’re willing to marry them sight unseen.

The new reality TV show, Married at First Sight (MAFS) joins TV’s long list of twisted dating reality shows. Dating contests have always pushed the orthodoxy of dating and marriage: Joe Millionaire began on a lie, The Bachelor/Bachelorette pins a harem of singles against each other for the love and affection of one person, Millionaire Matchmaker is barely different than a mail order bride outfit, and Temptation Island – well, there are no words for reality TV dating rock bottom. These shows almost make Singled Out with pre-anti-vaccine Jenny McCarthy seem normal and more reasonable. And it definitely makes the 1980’s Love Connection appear like a straightedge snooze fest. TV’s perpetual pursuit of true love and matrimony has aimed and missed for the last three decades. Is MAFS the one show that can use cupid’s arrow and finally hit the bull’s-eye?

MAFS throws away these failed TV-love strategies and invents a “scientific approach” to finding true love or at least someone you can tolerate. With the help of a sexologist, spiritualist (a Chaplain from Harvard University), psychologist and sociologist to perform fancy algorithms, personality tests and interviews, MAFS narrows down the pool of marriage-material applicants to 50 and then to only six viable couples. The show then sends these six complete strangers down the aisle towards matrimony with someone they know absolutely nothing about.

While marrying at first sight can seem like an outrageous entryway into marriage, it’s actually more common in human history than most realize. In Roman times (and even before), the family patriarchs arranged marriages using their daughters as collateral to unite empires, gain assets, security and political favor. It’s the most common marriage practiced in most of human history.

They even remained commonplace in mainstream America into the early 20th century. For example, during America’s expansion into the Wild West, immigrant pioneers wrote home asking mom and pops to send a traditional, old country wife, who knew how to cook like mom to complete his new American homestead. Who showed up would have to do. American Victorians used arranged marriages to preserve family fortunes, stature and influence. When the Industrial revolution incited the new-fangled invention of dating, love became more important than social, religious and economic viability, thus arranged marriages became obsolete in America.

While arranged marriages are part of mainstream America’s not so distant past, in other parts of the world they are still practiced. Speaking from a Hindu Indian perspective, Mira Jacob reveals arranged marriages are more of “…a well-thought-through match of religion, goals, and socioeconomic standing, clearly in it for the long haul.”

To be fair to contemporary cultures and religions that believe in and practice arranged marriages, it is more appropriate to call MAFS’s matchups “blind marriages.” It’s really important to understand how they are different. MAFS does not offer participants any cultural support on the concept of a “blind marriage,” whereas those who enter arranged marriages most likely grew up with it. TV participants must rely on their individual (not community-derived) perceptions of what it means to fulfill spousal duties in this context. As outsiders, they have little to no cultural background or community support to help them understand the significance and implications of marrying a stranger. As the MAFS participants seek advice from friends and family, they’re additionally inundated with more biased and uninformed outsider opinions. As viewers, one has to wonder if skeptical friends are being prejudicial or if accepting friends are being overly naïve?

Additionally, arranged marriages are traditionally made with the support and help of family members who intimately know the bride or groom and understand or have experienced this endeavor. This personal touch is missing from the matchups and it’s curious to see how really accurate a Ph.D., personality test and algorithm can be over innate instincts and an intimate community?

What’s more is that arranged marriages are typically a lot more flexible than MAFS’s “blind marriage.” I once had an Afghan soccer coach who was going through the motions of an arranged marriage. He was allowed to get to know his bride before the big day, but on MAFS the show doesn’t even share the name of someone’s future spouse. Participants have to ask for it at the altar – and that’s if they even remember to ask! My coach was also allowed to opt out if he felt it wasn’t a good match. In MAFS there is no such freedom of choice. If you opt out, you’re off the show.

MAFS’s expert team does seem to be treating this process very seriously though. They want to know if their “social experiment” will prove that “science” can lead to a successful marriage. The show posits this strategy as reasonable considering the 40-50% divorce rate and argues that people’s current strategy of getting to know your spouse and then falling in love first is leading to a lot of failed unions.

However, it doesn’t matter if MAFS has discovered the perfect equation to find the perfect mate. MAFS gives its participants an easy exit at the end of one month, which arguably might predispose them to ending the marriage rather than really working out the kinks. How much can two people really get to know each other after a month (and in front of a camera and camera crew no less), let alone figure out how to make a marriage work? With divorce being so commonplace, being deemed a divorcee has less stigmatization these days and is thus less of a deterrent towards deciding to end a marriage. Each participant keeps talking about how serious a commitment marriage is, yet the eject button is always handy.

At the end of the day, or in this case perhaps at the end of one of these three marriages, it’s important to remember that Married at First Sight is still a reality show and less a documentary styled “social experiment.” After all, dating reality TV show contestant seems to be Jaime’s second occupation. She’s appeared on ABC’s series The Bachelor and Bachelor Pad. And one would imagine there’s some financial kickback to those involved, why else go through with such an extreme arrangement? If the matchups are as strong and as accurate as the professionals insist, then let the couples date as opposed to sending complete strangers straight into the honeymoon? Of course they wouldn’t – because it’s reality TV.

In the grand scheme of TV’s relentless pursuit of ratings over love, this is just another pop culture media example of how heterosexuals and media can take extreme liberties with the “cherished” and “exclusive” institute of marriage. It’s also potentially hurting types of marriages that try so eagerly to earn respect, understanding and acceptance without judgment. Whether one of these three couples results in a successful marriage remains to be seen, but it’s pretty hard to look away at what could be yet another crash and burn reality relationship. If viewers keep watching though, they can bet only more and more extreme dating and marriage shows will air as often as people get divorced.