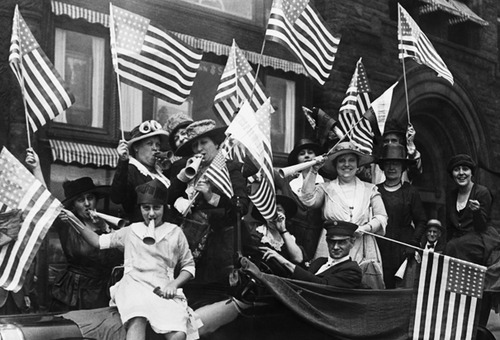 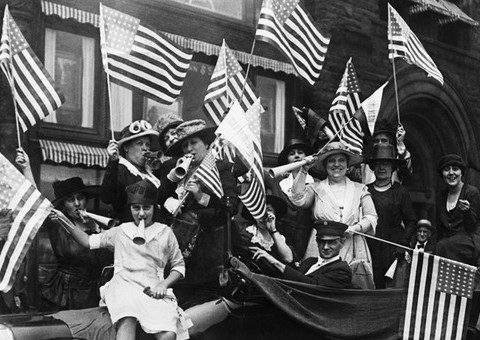 The Most Feminist Bachelorette Party Imaginable is in Rochester, New York

From Suffragette to Bachelorette, believe it or not, but Rochester, New York is where you can have the most feminist bachelorette party imaginable. It’s true. Ranked as one of the US cities with the best quality of life, it is also home to the women’s rights movement. Any bachelorette party can be feminist because a b-party is really just about women congregating together to celebrate a sister and womanhood in general, but with so 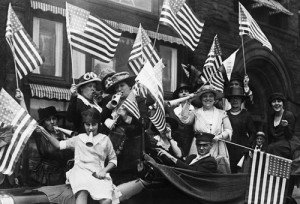 many special women’s activities and locations this is the quintessential one. Having always known of Rochester, I was overwhelmingly impressed with the city during my first visit. From its adorable Victorian era neighborhoods to the Genesee River High Falls, from the preserved architecture to the plethora of museums and the general geniality of the city and the super wealth of American history, needless to say, I have never fallen in love with a city so quickly (then I remembered how cold it gets in the winter and immediately reconsidered my moving there). It also offers a tons of adventurous fun (I covered some options) to balance out its intellectual side – i.e. the perfect place for a feminist bachelorette party. Here’s a list of cultural, feminist and generally fun activities as ideas for your next bachelorette party (you’ll need to rent a car). As a small disclosure, I haven’t done everything but I look forward to one day!

Susan B. Anthony Museum & House: The museum offers a very intimate tour of the life of Susan B. Anthony, her experience as the spokeswomen for women’s rights and the movement itself. “Stand in the parlor where Anthony was arrested in 1872 for the “crime” of voting.” Tours are private and small and a staff of really passionate women runs it. I walked right in without a tour reservation, but call ahead just to be sure.

From what I can tell there are two different properties you’ll want to see, there’s the Elizabeth Cady Stanton house in Seneca Falls along with the Visitor Center and the Wesleyan Chapel where the Declaration of Sentiments was signed. In Waterloo, there’s the Mary Ann M’Clintock and Jane Hunt house, which was part of the suffragist movement but also tied in the Abolitionist movement and the Underground Railroad.

The National Women’s Hall of Fame: Located in Seneca Falls, learn about America’s greatest and most influential women, past and present at this Hall of Fame. Maybe even nominate your group’s own Rosie the Riveter!

Harriet Tubman Home: The area is was also home to one of America’s most remarkable women, Harriet Tubman. Visit the home of Harriet Tubman to learn about where she lived and died but also her great legacy as an abolitionist, member of the Underground Railroad and later a suffragist.

The Genesee Country Village & Museum: Grab your party (maybe show up in costume) and learn about what life was like for 19th century women in “the third largest living-history museum in the country” It offers 68 historic structures – from houses and shops to offices and churches — plus a variety of authentically maintained gardens. Historical actors reveal how women were the primary caretakers of homes and families -cooking, weaving, spinning and quilting. “Each May, there’s also a special “Salute to Women” event that includes “visits” with amazing women from the 19th century!”

Baseball Hall of Fame: Yes, even the patriarchal and steroid-full Cooperstown Baseball Hall of Fame has something feminist to offer – the Diamond Dreams: Women in Baseball, of course! Watch A League of their Own while the party works off its hangover or assign it as homework before you leave or rent a mini van with a DVD player to watch the movie as you drive there from Rochester (it’s about a three hour drive). This space salutes the roles women have played in baseball at every level. 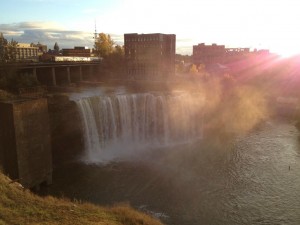 Kayaking: Rochester and the surrounding areas offer an impressive array of waterways to kayak through the National Water Trails System. On your bachelorette party get outside, enjoy the nature and cityscape of Rochester and the historic waterways of the area.

Wegmans LPGA Championship: If the timing is right watch the women of the LGPA battle it out on the greens for the championship.

Genesee River High Falls: There are three falls that run through Rochester, which were key hydroelectric sources to factories during its industrial period. Take a stroll over Pont De Rennes Bridge, which provides spectacular views of the High Falls and downstream gorge. The industrial historic district in the area has been relatively restored so plan ahead for other local city attractions and nightlife.

The Jell-O Gallery Museum: Okay, this isn’t feminist and Jell-O has been used to exploit wrestling women, but I had to include it since it’s such a funny and random museum opportunity. Maybe they sell Jell-O shots to buy to get the b-party started.