NJ Has A New Situation for Same-Sex Marriage Rights 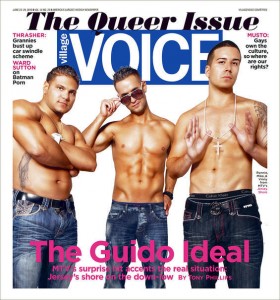 New Jersey is D.T.A.G.M.!  In Jersey speak that’s “Down To Approve Gay Marriage.” In a recent poll by the Democratic firm Public Policy Polling, found 47% of voters wanted to legalize marriage between same-sex partners, while 42% wanted to keep it illegal. It’s pretty great that Jersey’s neighbor to the north, New York, just approved gay marriage andJersey’s neighbor to the south is also jumping on board so that Jersey should feel the squeeze to do the same.

“New Jersey currently allows gay couples to enter civil unions, which legally provide the same rights as marriage. But gay rights advocates say that in practice, civil unions are not recognized as equal to marriage. Garden State Equality, a gay rights organization, filed a lawsuit last month asking state courts to grant same-sex couples the right to marry. An attempt to legalize it failed in the Legislature last year.” Hopefully things will change for the better.

NJ Has A New Situation for Same-Sex Marriage Rights