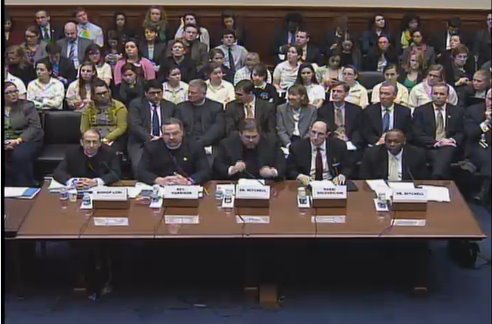 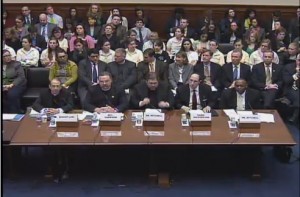 This news of a Republican panel of five men and NO women convening to discuss denying birth control coverage struck a sour chord. It saddens me because I don’t want men dictating how I treat my body, and we women are not second-class citizens who are unable to think for ourselves. (One woman did show up to testify, but was shown the door.) But it also saddens me because denying this coverage commits an entire sector of our population to an endless cycle of poverty. It’s amazing how making a little pill (or other more reliable options) available to all, regardless of income, can make a difference in the educational level and the standard of living of our entire country.

The highest pregnancy rates occur among the least educated levels of society, which as a result of this lack of education, cannot afford even basic health care. With rare exceptions, children born into poverty – male and female alike – often stay there.

But offering birth control coverage to all women regardless of income helps control teenage pregnancies, which in turn would cause fewer girls to drop out of school, which would cause an increase in our overall education level in this country, which would allow women and/or couples to choose to have children later in life when they can afford them, which in time would reduce the number of children born into poverty and the welfare system, stymieing the vicious cycle, lessening the demand on welfare, and freeing that tax money up for other beneficial uses.

Educating women and providing contraception is one of the most influential ways a country can improve its economic and living standards–it’s been happening in Africa for years. We are not a third-world country, but teenage pregnancies are still a serious but preventable problem that perpetuates the poverty wheel in the United States.

This perspective requires some long-term thinking, but can you see how this one simple thing can benefit our entire nation educationally and economically? Over time, this benefit would pay for itself in terms of decreased welfare participation and increased spending of a more educated, more financially stable population. It’s vital to invite women to the table for these discussions, especially when our bodies can help improve more than one problem (namely education and poverty) plaguing our country.

There’s a petition by the Democratic Congressional Campaign Committee chastising the Republicans for not inviting women to the table for this discussion. I encourage men and women alike to stand up for women’s rights and sign. (And though I do not condone reprinting this article without permission, I give any petition signer permission to copy the last four paragraphs as a personal response if you choose.)

Keep making a fuss, all ye male and female supporters of women’s rights. We need to be loud in our fuss-making, but we’ve entered an era where it also needs to be an educated loud.