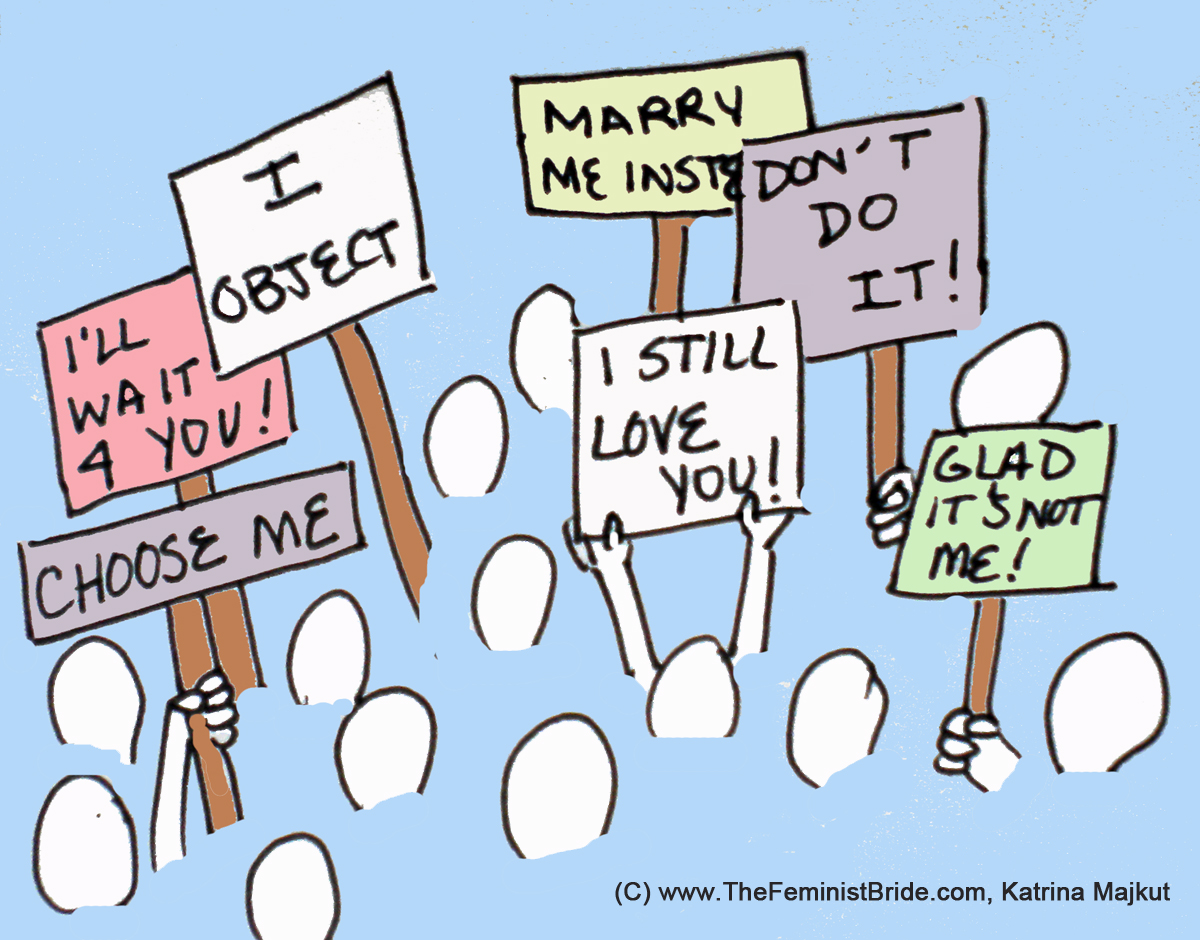 Platonic Politics: Inviting an Ex to Your Wedding

People are in an uproar because Prince William and Kate Middleton,

wedding trendsetters of the 21st century, are (gasp!) inviting their exes to their wedding. People just can’t seem to jump on board with this one, which tells me there are one too many unrepaired, broken hearts out there. If these wedding icons can say to their amorous past, “Let bygones, be bygones,” it’s a little bit of egg on the face to those who can’t.

To be fair, not all exes are made of post-relationship friend material. Some unhealthy relationships and people should stay where they are – out of sight and out of mind. When Kelsey Grammar invited his ex-wife Camille to his wedding with the woman he abruptly left her for, I’m willing to agree that his invitation might have been too much, too soon. And when it was reported that Princess Diana was scouring the pews for Camilla Parker as she was walking down the aisle to her own wedding; the problem wasn’t having an ex at the wedding, it was that Prince Charles and Diana shouldn’t have been getting married in the first place.

Gone are the days when the officiant asks, “If anyone knows of a reason why the couple should not wed, please speak now or forever hold your peace,” (this phrase may have been what incited the whole ex-at-your-wedding paranoia). Inviting exes to a wedding (or going as an ex) shouldn’t be to stop the wedding, save face, be smug or distract the bride or groom.

Will and Kate have been dating each other for just under a decade. They’ve had ample time to repair broken hearts with past beaus, develop platonic friendships and establish a strong relationship together, even become friends with their each other’s old beaus. This shows a maturity level and logic beyond the irrational reaction our hearts often take after a break up.

However according to an article by Lois Smith Brady in The New York Times, peace agreements with exes or even friendships are only an upper class thing; apparently us “lower-class folks” ain’t got the sophistimacation to do the same. William Norwich, a special correspondent at Town and Country magazine said, “It is custom of the class. Sustaining hostilities is too down-market.”

The article further affirmed that it is acceptable for a current relationship to feel socially awkward in the presence of a past one that has an emotional or physical history. It stated having a “hot ex” around is a smack in the face to the current beau. And it implied the purpose of friendship with an ex is not to keep the good, platonic times rolling, but as Mr. Norwich stated, it’s to, “Keep your exes close. Like keeping your enemies close.” Sorry Mr. Norwich and Lois Smith Brady, but this is terrible advice.

Past relationships are a part of an individual’s past. To treat it with a “don’t ask, don’t tell” policy only perpetuates the misconception that past relationships are something to fear. That fear feeds insecurities we have in ourselves: “Do I measure up?” “What if their feelings for each other aren’t gone?” From these fears and insecurities, hostilities are created, which leads to the catfight and jealousy culture we’ve all come to loath in ourselves and in others (yet love to watch on “reality” television). We’ve been preconditioned to avoid our partner’s amorous past and, as a result, we perpetuate a vicious cycle. I’m no psychologist, but these are not healthy elements in a relationship. Think about what The New York Times article could have accomplished if it promoted open communication and trust instead?

Not all relationships are meant to be romantic, and sometimes it takes a break up to realize this. A lack of chemistry in the bedroom doesn’t negate a connection two people may share or qualities of character worth sharing. It takes a maturity to stay friends post-coitus, just as it takes maturity to recognize the value a past beau/now friend brings to an existing relationship. I love telling people that my senior prom date came to our wedding (he even dated one of my bridesmaids at some point) and we are all still friends. He has even become friends with my spouse, and I love that.

Not all exes are disposable. If we treat them with more care and respect, perhaps our hearts will heal faster and we can move beyond the uncomfortable past to realize that a promising platonic friendship is on the horizon. Hopefully, the light Will and Kate have shed on this issue of late will encourage former lovers to put jilted emotions aside, put conflict resolution skills to good use and treat the messiness of a break up with more maturity and consideration. That way, when your ex makes a toast to your new marriage, you will know it is sincere.