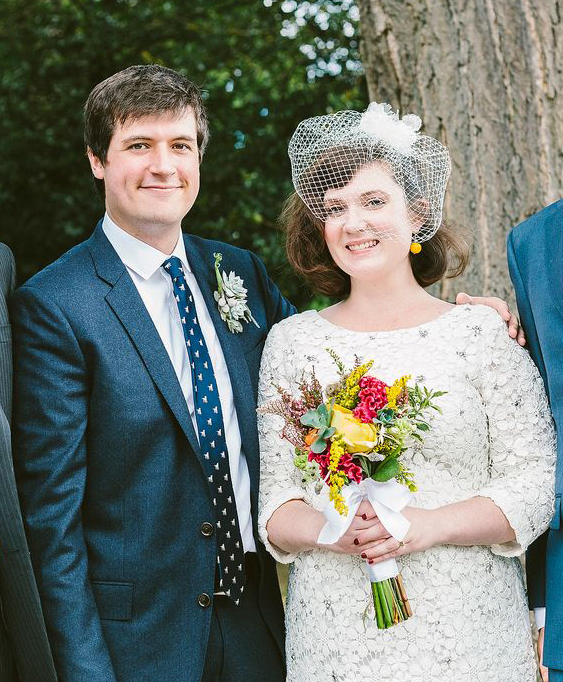 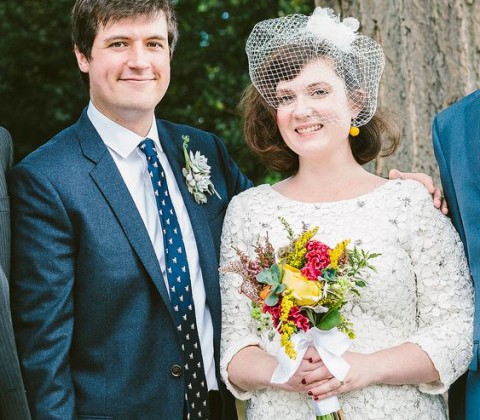 My Shotgun Wedding: A Beginner’s Guide 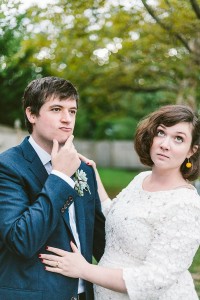 In a dimly lit theater, spending quality time with my big brother over a box of Sour Patch Kids and the soon-to-be-classic, The Wolverine, I felt what I assumed was gas. However, as the movie closed in on its predictable ending, I felt what I can only describe as the sensation of a koi fish trapped in my bowels. As my brother and I exited the movie, I thought about running my amphibious sensation by him. Normally tossing around topics like “abdominal distress” and “public farts” would be standard with my bro, but this feeling exceeded our bodily comfort zone. I felt like I had more in common with the hero of the film, a mutant.

Later that night positioned on the toilet, I kept hope alive that my body would explode with the unholiest of diarrhea the world has ever seen. As my food made its way through my GI tract, it somehow became animated, like Pinocchio or Frankenstein. It was as if a scientific miracle occurred before it could meet its watery end. Nothing happened. Not even a fart. Balls.

Half the US away from my boyfriend, Ted and uncomfortably settled into a week spent at my parents’ house, I surreptitiously Googled any other reason for “moving-fishy-feeling in my abdomen” with the hopes of any explanation other than the obvious. The Internet’s conclusion…pregnant. And according to Web MD, pretty far along if I could feel it. I was the 0.01%.

A week later back on the East Coast, bursting at the seams from this unverified life changing knowledge, I was finally prepared to let the daddy in on his handiwork. I uttered the four words most boyfriends die a little from after hearing, “We need to talk.” He threw his computer off his lap and turned to me as if I was oncoming traffic.

“I’m pregnant,” I said half muffled by tears and Wendy’s.

He quickly responded, “Oh phew, I thought you were breaking up with me!”

I felt like he wasn’t quite taking the same journey with me. Pregnant in my eyes was infinitely worse. Such permanence. So life changing. Game over. At least that was my Doge weather report.

There were two tests with an immediate ‘positive’ on both. And an hour spent sobbing on a bathmat. Then reconciliation. Afterwards, an Egg McMuffin craving. Finally, talk of marriage.

Ted was also not the only one I had to break the news to too. In retrospect, I should have told my parents sooner than I did. It took me three weeks from the time I saw my squid-shaped baby boy on the ultrasound screen to the vomit-inducing phone call home. To my relief, my parents were not angry with me. They reminded me several times that I was almost thirty years old and that Ted was a good man. Facts I had forgotten.

Ted and I had been dating for two years. I was not sixteen. He was not nineteen. We had a lot going for us: we were both employed with health insurance, Ted actually wanted children at some point and marriage was already on the table.

Honestly, the delay in telling anyone was not the fear of their reaction or judgment, but simply my grief running its course. I needed the time to come to terms with my budding and hard-fought graphic design career stopping abruptly and having to give up my beloved Brooklyn life.  I also needed to grapple with the ever-present and looming fear of childbirth. Growing the little guy is one thing, but the exit strategy played out in my head like the scene when the baby alien violently burst out of Sigourney’s stomach in Aliens.  No bueno.

Anyway, almost a month later and with my parents’ blessing, he (kind of) got down on one knee… in a bar… in Penn Station. He nervously handed me a wadded up tissue paper with a gold solitaire inside. Not romantic. Not even close….but it was genuine.

It was the second week in September and I was already twenty-six weeks along. We had four weddings to attend and two apartments to move out of before my December due date.  This left us two weekend options for a wedding. Option one was one week from the proposal date and option two was one month before the baby.

We chose to make the whole shebang happen in a week. I was getting enormous and the swelling in my feet traumatized even the most hardened New Yorker. Time and my mobility were against us.

So our “shotgun” wedding plan of attack went as follows:

Day one: I purchased a wedding dress from J.Crew two sizes too big (as to accommodate my passenger). At the mall, we bought some gold bands and a classy suit for Ted, and later made some calls to family and friends to invite them to our nebulous ceremony (we hadn’t found a venue yet).

Day two: We ordered flowers and the manliest boutonniere, complete with cactus per Ted’s request, made a hotel reservation for my parents, picked a menu at our favorite restaurant for the reception, and found a little white church with an accommodating officiate.

Day three: We played hooky from work and got a marriage license from City Hall in Manhattan.

Day four to five: We wrapped our heads around everything that was happening/about to happen.

And that folks, is all you need. That is how you plan a wedding in a week.

The actual wedding was only attended by twenty people: three of whom I am related to and only one of my friends. Our guest standing with us in solidarity and Ted and I making a lifetime vow to each other were the most important aspects of our nuptials. It lacked any Pinterest worthy details, bridesmaids, and a color theme. But as it turns out, you don’t need any of that to make it important and special. With just the essentials, it was like any other run-of-the-mill wedding; only it was three people at the altar promising their eternal love, instead of two.

About: Kathryn Marie Lavin is an illustrator and graphic designer that happens to also care for a small child that she made with her husband’s help. Some might call her a mother. She currently living on the Gold Coast of Long Island though it’s more like the Tin Coast for the Lavins. But it can only go up from here!