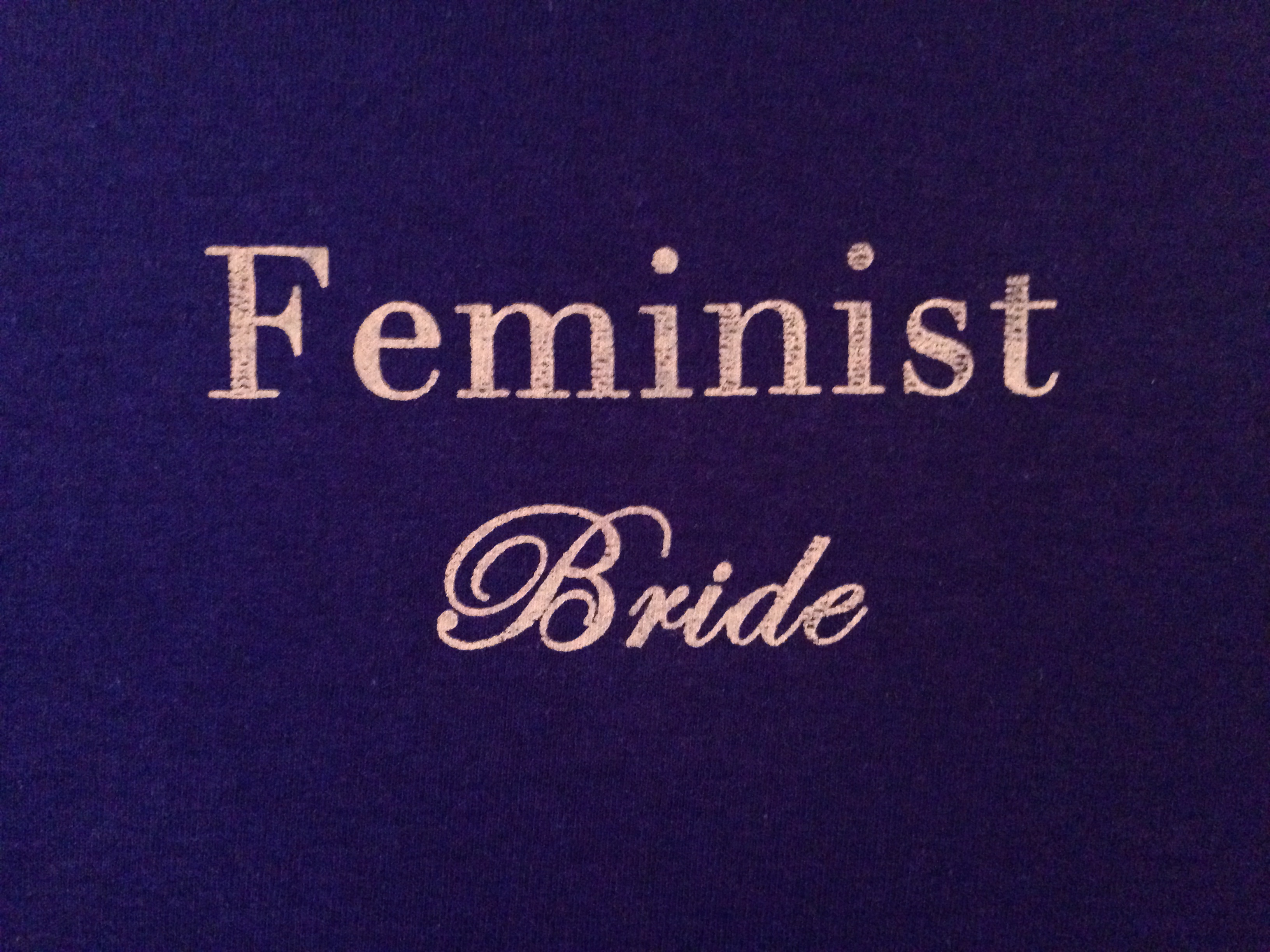 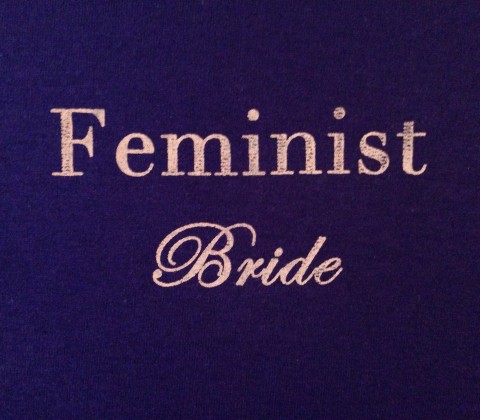 Step right up and get yourself or the bride the shirt that shows she’s not just any bride, 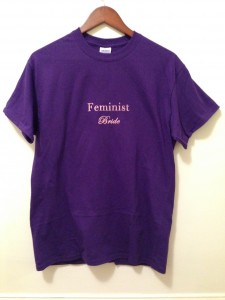 but a feminist bride! Being a loud and proud feminist bride will certainly turn a head or two with your dynamic strength, independence and intelligence. Maybe by wearing it you’ll inspire another everyday bride to become a bold and beautiful feminist bride!

A celebratory t-shirt for the bride-to-be that she can wear at her bachelorette, during her fitting, rehearsal ceremony, the day of the wedding, on her honeymoon…basically she should live in this shirt every day for good luck. Just wear it into the shower to save on wash time.

In this new limited edition batch, all shirts come with cool textured light pink font. T-shirt colors include blue, purple, pink and black. Get yours today on Etsy!