Stephen Colbert is once again challenging politicians on the state of marriage. Here’s how it goes down (get to the 5.05 mark):

“You’ve got these 15 states (Illinois was just added as the 16th state) plus the District of Columbia that are riding the rainbow train to helltown right now,” Colbert said, “Hasn’t this one slipped away from us?”

“I think the real problem here is marriage has slipped away from us,” Santorum said. “Marriage has devolved into just a romantic relationship between two people. And that’s not what marriage is.”

Santorum went on to defend that its purpose was to procreate essentially…I had no clue that romance was bad for procreating. I guess I’ll have to put away my candles, bottle of bubbly and The Notebook for the next date night. Apparently, Santorum doesn’t know what foreplay is. He just gets down to business.

Santorum seems to be forgetting that heterosexual procreation in marriage is religious dogma and that there is now, luckily, a separation of church and state. I’m currently reading All Dressed in White by Carol McD. Wallace and she states how in the early to mid 20th century divorce was as high as 1 in 4 marriages (1946). A good explanation for this is that couples adhering to the traditional family gender roles of male breadwinner and female mother and housewife were not enough for a successful marriage. Before that divorce wasn’t an option and the unlimited production of children put great physical and financial strain on a marriage and the mother (that is until birth control became accessible). History tells us marriage for procreation alone was not enough to have a good marriage, nor a fulfilling life. If you ask me, successful modern marriage is about the union of two people who love each other regardless of demographics, who bring dynamic and supportive characteristics to their new family in order to make it stronger and whole. That foundation, and the decisions made within in, are what advance society and that includes children both adopted and biological of gay parents. Producing children in a linear [heterosexual] model for the sake of marriage is not enough to advance a healthy society, Santorum.

Colbert, “Wouldn’t it be better for them to have no parents than to be loved by two gay people?”

His parenting argument is about as weak as his romantic skills. Technically, under this rhetoric he’s even challenging the legitimacy of heterosexual adoptive parents. I’ve had the fortune of getting to know a lot of gay parents and the love I see them give to their children is unmatched and amazing. And if you don’t believe me check out the speech by Zach Wahls of Iowa. Santorum seems to miss that a successful marriage and a parent starts with the quality of character of that individual, not who they choose to watch The Notebook with. 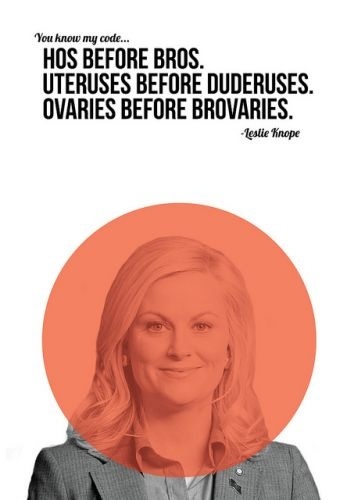 Funny videos of the birth control Congressional hearing debacle. Thought it would be worth a share, a chuckle and a tisk-tisk over the whole birth control debate issue.
SNL’s Amy Pohler and Seth Meyer in “REALLY?!”