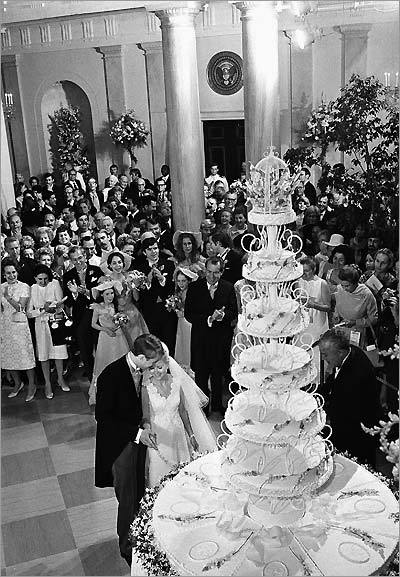 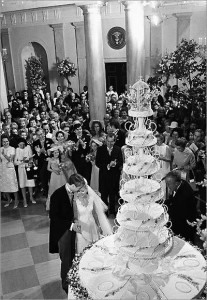 The larger the cake: the greater the wealth and affluence supposedly. Queen Victoria’s cake measured three yards in circumference, Elvis’s had six tiers, and in 1971, Richard Nixon’s daughter had a 350 lb., 7 ft. high White House wedding cake. The world’s largest wedding cake, according to The Guinness World Record Association, weighed 15,032lb on February 8, 2004 and was made by Mohegan Sun Casino, CT chefs. But that doesn’t trump the life-sized cake that a TLC Texas Bridezilla had made in the image herself (just of herself). Does that count as cannibalism?