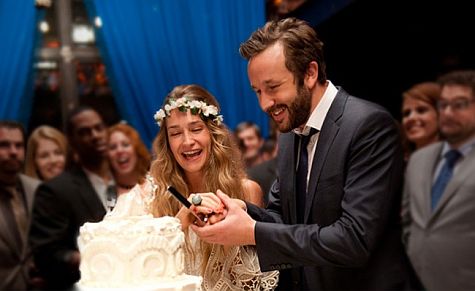 The Modern Equation for Getting Married

Tired of winking at people online? Starting to wonder why you’re friends with some 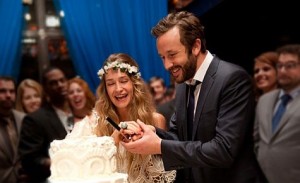 people if their other friends are the duds they keep setting you up with? Finding yourself starring over to the kitchen, wondering what type of hors d’ oeuvres they’ll be serving after the wedding ceremony? Focused on your career, grad school or the number of dates you have lined up? Thinking you can have it all and NOT be married? Or are you just holding out for the perfect one and the perfect conditions?

You are not alone my friend.

In fact, according to Pew Research, you have 42 million US friends who feel one or all of the above and are not married. This wasn’t always the case; in 1960, only one-in-ten (9%) American men had never married (8% for women). Today that figure has doubled, one-in-five Americans aged 25-years and older have yet to make to the altar. With more single people, you’d think it be easier to find ‘the one.’

A little more than half (53%) the never-been-married folk said they would like to eventually tie the knot (down 8% since 2010). One third feels unsure about ringing the wedding bells and the remainder population (13%) creates a Loony Tunes cutout in their wake. With the advent and acceptance of online dating, it seems logical that fancy algorithms would clear the way towards matrimony. However, Pew Research reveals that the socioeconomics it takes to get married have significantly changed. Getting married is a lot more complicated these days, if you want to at all.

For those looking for happily ever after though, the Pew’s study gives some insight into what makes someone marriage material or just the time right for marriage. For men and women, the number one criterion varies. For women, the most important quality is finding a mate with a steady job (78%); men care most about sharing childbearing ideas (62%). And as far as whether or not those dating algorithms accurately and successfully match mates based on compatibility, well, three-in-ten are unmarried because they can’t find someone with all the right complementary qualities and qualifications. Makes you rethink dating apps like Tinder, huh?

When it comes to the heart, quantitative data matters just as much as qualitative data. In addition to women primarily seeking men with a stable job, Pew’s report reveals that 27% of male and female singles feel they are not financially ready for marriage. With a US wedding averaging over $25,000, the cost of marriage can seem less like an opportunity cost and more like a sunk one. Maybe this is why Millennials love TLC wedding shows, it’s marital window-shopping.

Making Millennials financially ready for marriage is an uphill battle. A solid days work ain’t what it used to be, especially for men. Median hourly wages for men have decreased 20% since 1980. Just 82% of men (25 to 34) were in the 2012 workforce. It was 93% in 1960. With men’s decreased working potential and women’s continued wage gap, it should come as no surprise that Millennials are the first American generation where they might not be able to maintain the economic status of their parents.

Once upon a time, a family could survive on a sole male breadwinner’s earnings; nowadays most families need two incomes. The benefit of this change is that it’s carving more opportunity for women to play an increased role in the home and workforce. (Though I should note: women’s economic gains do not come at the cost of men’s.) Today’s married, dual-income families have larger economic gains than the unmarried. This could also explain the rising number of cohabitating couples; there’s strength in numbers and a shared home address. Plus premarital sex is less stigmatized. If economics is the ultimate deciding factor in one’s ability to marry, this could also mean, paradoxically, that being single is an obstacle in and of itself.

Education is also a catch twenty-two. Millennials’ student loan crisis creates another financial barrier to marriage, but their college education also increases their ability to marry too. A different Pew study showed that education is indicative of earning potential, about $17,500 more annually for college graduates. Today’s women with more education, increased earning potential and bodily control has reversed the marital trends common of several generations ago where more married at a younger age and with only one educated and financially savvy household member.

In the early to mid twentieth-century, few women held college degrees. And sadly back then; women with advanced degrees were less likely to find a date due to social prejudices. Now women constitute 56% (2012) of total enrollment and fared much better professionally after the recent economic downturn than men. Women’s increased intellectual and economic power might technically open the doors to matrimony for them more than men but there’s been an inverse reaction. Today the average marrying age for women is 27 (men, 29); back in 1960 is was 20 (men, 23). Today’s autonomous generation of ‘lean in’ ladies no longer need marriage as a financial crutch. Women may be seeking an employed partner, but their own fiscal independence makes finding one less urgent.

It seems the dating-gods favor men less. 6% are more likely to never marry than women (23% vs. 17% in 2012). However, if all unmarried, employed women sought a man of equal status, 9% of women would be left without someone to argue over leaving the toilet seat up. This disparity only grows when race is taken into consideration too regarding both employment and income. Needless to day, if you want to find a date for Friday night, you better cast a very wide net.

Most Americans (68%) still believe marriage is important for lifetime commitments; whereas two-thirds of Millennials feel that priorities outside of marriage and children as just as important. Some would argue that contemporary social issues are changing marriage – reproductive justice, family life and same-sex marriage equality. I would argue they are not impediments towards marriage; they are merely breaking down people’s obsolete ideas of it.

Social advancements merely eradicate the unhealthy aspects of marriage that perpetuate discrimination – such as LGBT exclusion and women’s financial and reproductive dependence. By creating a healthier system for these minorities, contemporary marriage means finding a partner that matches more intangible, emotional needs. It just so happens that people are choosing to take their time to meet them. That could explain why it’s hard to find “the one” out of 42 million single Americans. People can afford to be picky, even if they can’t afford a wedding at this moment.

The decline in marriage participation is also not a breakdown of the institute either, it’s just merely adjusting to modern lifestyles. A huge benefit to this shift that marriage proponents seldom consider is that those who marry older with advanced degrees, professional establishment and a nice rainy day fund are less likely to get divorced. One could argue that this is the modern day equation to a successful marriage.

Per the Pew’s results the most common denominator when it comes to paving the way towards marriage is simply money, lots of it. Reinvigorating it with a few greenbacks is not so simple though. First, the US needs to address its racial and gender discrimination issues that influence the distribution and access to wealth. Pumping up the economy, decreasing debt and increasing the access to and the efficiency of education is the second solution. However, it’s quite possible that this will not abate its decline; some people are just not ready to settle down. And that’s okay; it means many of the 42 million single Americans out there many are having a great time even though the marital odds are stacked against them.

age of marriage, being able to afford a wedding, economy, education, financial health, Girls, hard getting married, HBO, how to get married, how to increase your chances of marriage, income, inflation, Jessa, men, millennials, online dating, pay equality, Pew research study, sexism, what age do people get married, who will never marry?