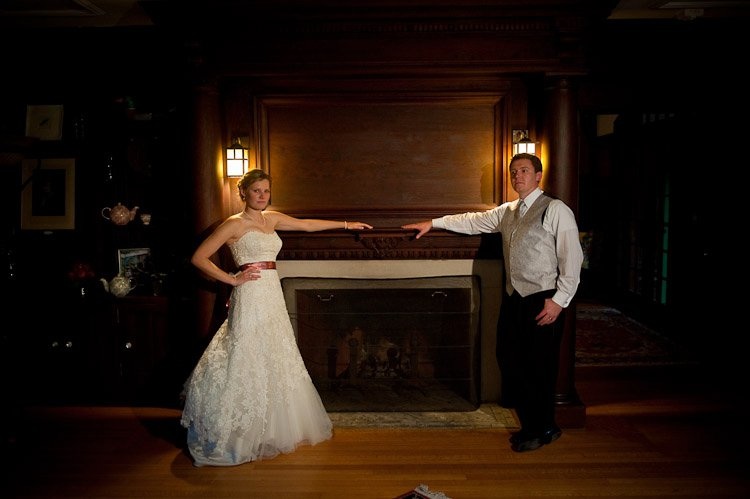 As The Feminist Bride this topic is the most distressing to me. After researching all wedding 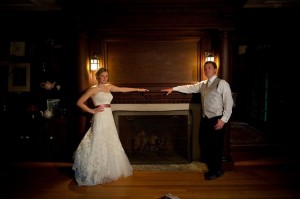 traditions there are three that earn the top obsolete, sexist and promoting inequality – engagement rings, bridal showers and name change. Now, women are starting to understand that third-wave feminism is about choice, but I have to say that when it comes to name change it isn’t an educated one.

There are three reasons why the tradition of women adopting their spouses names exists.

1. The first is that upon marrying Abraham, his new wife no longer existed as herself but as the “wife of Abraham.” So if you’re not religious, this name-change reasoning doesn’t really float.

2. The second reasons exist because before paternity testing existed, the only way to prove a child was the rightful heir to a man was through name. Without the fathers name, the kid was considered a bastard. The only way to get his name was for the mother to be married to the father. Marriage being the only option for a secure life for women. None of these reasons exist anymore.

3. The third reason name change exist was for inheritance reasons. The legal, non-bastard kid had to have his fathers name to legally claim his inheritance, title and property. The mother for a long time, even with the husbands name, had no rights to inheriting any of her dowry or family estate, it all passed to her son who also shared the family name. This reason also no longer exist.

Here are the modern reasons why women chose to take their husbands name:

4. It’s what my husband wants.

Where do I begin with these reasons.

It’s romantic. This might be one of the worst reasons behind changing it. People only perceive it as romantic because of societal marketing. We all grew up with media and stories and people who talked about how romantic it is to assimilate into someone else, that it means the ultimate form of love and sacrifice. It’s only a perception, not a tangible fact. Everyone has a 40-50% chance of getting divorce, it won’t seem so romantic of a name if you decide to keep it or have to change back to your original name that never divorced you.

Yes it is tradition, but as I pointed out they are not traditions. The tradition exists because it comes from a time when women were not allowed autonomy, a job, an independent life. Not all traditions are good ones.

Families come in all shapes, sizes, colors and sexes now. The nuclear family is dead. Families consist of half brother, step sisters, two moms, two dads, adopted or fostered children and the chances are a lot of them come with different backgrounds and names. This pro-name change argument implies that these families are less than because they don’t share one unifying name. Excuse me, but I hardly think this is the case. No one can argue that because I share a different name than my spouse that we feel and look like less of a family than one with a shared last name. A name does not unite a family, the people within it do.

Those who change their names because it’s what their husband wants need to recognize that we still live in a time where paternal name dominance is still the rival culture. Women are raised to be prepared to abandon their name, to put less value behind it, to put his first before yourself. Some women would disagree with me arguing that they love their surname, but our freewill is often tainted with lessons learnt from a lifetime. My best counter argument to just following the man or husband in the relationship, is that if you reversed the roles – asking him to consider changing his name, hyphenating it or creating a new one, you will often find men considerable less willing to do so. That indicates taught double standards in our society. Believe you have a relationship built on equality and practices equality? This is a great test to see if you really do.

To Read More on this Topic: Should Women Change Their Last Names After Marriage?.