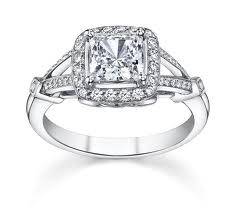 Are Diamond Engagement Rings Really Worth It?

Ever stop to think about whether or not to say yes to that diamond engagement ring? I’m not talking

about saying yes or no to the person doing the asking, I’m talking about the actual diamond ring! We put so much emphasis on the rock that sparks the start of two people’s lifetime commitment to each other – carat, cost, clarity and cut, that have we really stopped to think about if it’s an icon worthy of representing our love for another?

I’ve been working on diamond ring culture in my research and art, so I was thrilled to stumble upon a How Stuff Works podcast called, “How Diamonds Work.” Thanks Chuck and Josh for this informative overview of where diamonds come from, who controls them, and just about everything else one might want to know about these carbon forms. (If you’re not into podcasts, they also provide an extensive article on it with lots of links to quizzes and fun facts.)

But as The Feminist Bride, I cover the culture of diamonds though. And the more I find out the more I question if this is really a good wedding tradition. So I thought I would cover the pro’s and cons for you. I will start with the pro because unfortunately there are only a few:

Pro #1: Tradition. People love the idea of tradition. It gives us a sense of belonging, success and comfort.

Pro #2: Romance. What better way to say I love you than with a rock that is the hardest substance on earth to show that your love will survive (PS: it no longer is, see HSW’s article). A ring is symbolic because it has no beginning or end, a nice metaphor for your love and relationship.

Alright, now onto the cons:

Con #1: Tradition. Yes, it is a con too. Believe it or not, a diamond engagement ring is consumer culture, not naturally evolved culture.  Late in the 1800s, De Beers (PS: HSW called the De Beers corporation a cartel) discovered the world’s largest supply of diamonds in Africa and decided to take his diamonds to the Don Drapers on Madison Avenue in the 40s. There an advertising agency created a campaign to give a rock, that had been only used for industrial purposes, emotional meaning. The marketing strategy was very simple: convince men that buying a diamond ring for his bride-to-be was a masculine sign of leadership and a testament to his financial success and convince women that the bigger the rock the greater the love. What we’ve interpreted as meaningful tradition has been nothing more an engineered marketing strategy. Diamond engagement rings did not become popular until the De Beers campaigns, before any stone or plain band would suffice.

Con #2: Sexism and Double Standards. An engagement ring marks the lifetime promise between two people, but only one – the female, publically displays this promise. There is no visual difference between a single man and an engaged-one. Culturally, we place more value in a woman’s marital status than a man’s. The ring also acts as a signifier that someone is promised or committed to another, which is a symbol of ownership by another. Since only women wear such a ring, it recalls the days under coverture (when a wife legally belonged to a husband) and when fiances/husbands were allowed to gallivant as single men. Men are also the primary proposers today too, because historical they’re the ones in charge with better earning potential (hello wage gap dictating culture!).

Con #3: Money. Engagement ring culture has come to imply that the bigger the love…the bigger the diamond, which puts a lot of pressure on the purchaser to get one that sings. But that pressure can put a lot of financial restraint on a person or a couple, especially when the standard to put two-month salary towards it is nothing more than the De Beers marketing campaign guideline (i.e. how much of your money they want from you). This con is even more insidious since De Beers controls the price and value of your ring in the first place (see HSW for details). And they’ve set the standard that a previously owned diamond has even less value because of superstition. One’s money would be better invested in a home or retirement than something that adorns only one person in the relationship and looses value!

Con #4: Ego/Vanity/Luxury: We may ‘oh and ah’ in excitement over another’s diamond ring, but there’s a competitive culture no one is talking about. Many of us ‘hem and haw’ in secret critiques as to whether a ring is too small, ugly or gaudy and huge. Purchasers want to buy a ring that stands out from the multitude of other rings and ring wearers want the same. I find it interesting that a luxury item is so firmly associated with a life event (this exists in no other tradition). Take for instance, the ‘look at me’ culture that Facebook inspires with the plethora of ring picture posts. We see it as a celebratory act – to show and share with everyone ‘the ring,’ but in no other scenario is it acceptable or polite to show off one’s luxury gift.

Con #5: Human Rights Violations/Environmental Impact: The HSW podcasts gets into the human rights issues more, but there is no way to be sure that a diamond is conflict free. Blood diamonds, particularly those out of Africa, usually come at the cost of exploiting workers, illegal mining, and black market shenanigans that support violent rebel groups. Not to mention, the devastating environmental impact mining has on the local landscape and the dangers it imposes on those who work in them.

After all is said and done, the diamond engagement ring culture doesn’t seem all that romantic, which nullifies Pro #2. What does it really say about a tradition that requires a luxury item with so many loaded meanings and sordid implications to represent such a pure moment? There are a few solutions that can help improve engagement ring culture.

Solution #1: No Ring. Do away with an engagement ring entirely and you eradicate its sexism, double standards, vanity and financial constraint. The couple also proves that words are stronger than diamonds; and the only thing you really need.

Solution #2: Two Engagement Rings. This eliminates the double standard, but the question is who does the giving? One person can buy two rings (but that has its own issues too) or each person can buy one for the other (whether independently or together). Since a lot of couples discuss getting engaged ahead of time (some even go so far as to pick out their ring and then ask the partner to surprise them with it), make a plan to surprise each other with the rings. The words exchanged at this moment are worth more than the rings themselves, but if the couple wants to physically mark this new milestone with jewelry at least there’s more equality to it. Side fact: In Indian tradition, both men and women wear engagement rings.

Solution #3: Make A Promise With Wedding Bands. Now I think this option is really sweet and is similar to Solution #2. The difference is that the couple presents each other with their weddings bands only. In some ceremonious occasion (to replicate the surprise of the proposal), each person presents a wedding band to the other and makes a promise to love them forever. The wedding bands stand as a symbol of that promise which can be worn after the wedding ceremony (when the promise officially begins). You might wonder why wedding bands are more acceptable than an engagement ring? Well, the big difference is that wedding bands are not consumer culture. They actually date all the way back to ancient Rome.

I have my own diamond engagement ring. In fact, I had been picking out my perfect, dream ring since I was sixteen. I was no exception to the rampant romantic ring culture that surrounds us all and believed it was just part of a wonderful adventure into marriage. I thought I could be socially responsible by at least requesting a blood-free diamond, but the naivety of this idea didn’t come until it was already on my finger. I also failed to realize that there was much more symbolism on my finger than I had anticipated. Nor wanted. So now it sits in a box, hidden away and only sees the light of day on special occasions. I’ve come to realize that the success of my marriage is not dictated by the presence or quality of the ring on my finger, it won’t protect us from problems. I now know that I didn’t need an engagement ring to make someone’s promise to me (and mine to them) real.  The sentiment of my engagement was in the words exchanged between us, not in the carats and clarity in a diamond engagement ring presented only to me.