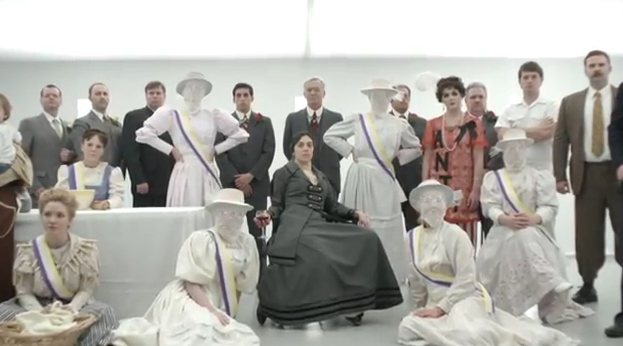 Mary Poppin’s “Give Women the Vote” song just joined the 21st century through a rendition of Lady Gaga’s Bad Romance. I’m thrilled that there are slowly more and more independent short films focusing on women’s issues and done in a funny way. It’s marvelous that producers, writers and directors can take a serious topic and approach it with fun and humor. I believe those tactics alone represent a new age of feminism (ahem, fourth wave feminism) that no longer isolates the objectors and objected but critically addresses a topic with less aggression so the message can be easily, effectively and enjoyably understood by all. Brava. I particularly cracked up at the line, “We just want to wear pants.” Women may have gotten the vote in 1920 but contemporary reinterpretations reminds us modern gals that there is a lot to be thankful for. If you’re into 4th Wave feminist media, check out this classic: Jane Austen’s Fight Club.