Frenchman Found Guilty for Not Having Sex with His Wife

From Frans Kahn to now a tired middle-aged man, the French are having their own 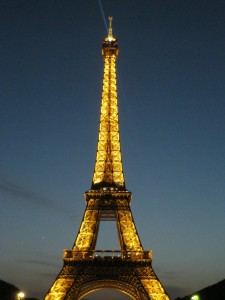 sexual revolution as of late. The question is which way is it going?

Coverture was the term to describe the legal status of a wife when she married her husband, i.e. she became his legal property. She had no authority, no human rights, no legal existence except that of her husband’s. (Married women were granted a separate legal identity in 1933.)  Per coverture he could simply do as he pleased with her assets, her children, her dignity and her body. These laws allowed men to legally beat their wives. Despite domestic violence finally becoming illegal, the social practice and stigma of it managed to survive to this present day. Domestic violence aside, these laws also opened the flood gates to marital rape. If marriage’s purpose was to procreate and a women’s body the property of her husband, then he also had a legal right to do as he sexually pleased with her, even against her will.

Eventually society came around that forced sex within marriage was in fact rape. In the United States alone it took till 1993 for all 50 states to accept legislature that made marital rape illegal. 1993 people! The delayed recognition by the courts and society to accept that a woman had the right to control her body in marriage took an extremely long time (in some parts of the world the idea still doesn’t even exist). And the issue extends beyond marriage, as women today are still fighting for autonomy over their own bodies when it comes to contraception and abortion.

So when a French judge decided that a man was liable to $10,000 euros for not sleeping with his now ex-wife, you can imagine how it seems for all of society’s perceived progress, we really haven’t come that far. For starters it’s pretty interesting that the tables have been turned and it was a man abstaining from sex to the displeasure of his wife.  But it is concerning that society has not relinquished it’s hold that marriage and sex are a package deal.

Gay marriage often finds protestors on the grounds that there is no procreation in the union. So long as the belief that marriage and procreation remains, so doesn’t marriage and sex. However, in the 21st century marriage has taken on a companionate love element, meaning that procreation and sex doesn’t have to happen after ‘I do’s’ are exchanged. Except in some cultures, religions and the court’s eye.

French civil code 215 declares that marriage is a ‘shared communal life,’ and by the French judges views includes ‘doing it.’ It can be said that abstaining from physical interaction onto another can inflict emotional abuse, but the husband simply stated that tiredness and health problems simply kept him from his marital bed.

It’s disturbing to see that the structure and purpose of marriage is still causing debate over physical autonomy. What happens when courts can’t protect a spouse’s right to do was they please with their body? If we keep on attaching sex as an absolute of marriage, many couples from same-sex to heterosexuals to tired Frenchman will face difficult road ahead of them.