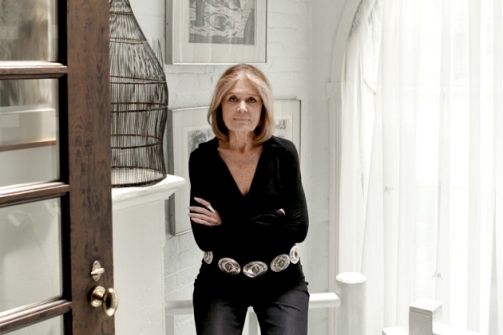 Whether or not you’re a feminist, you should know the name “Gloria Steinem.” 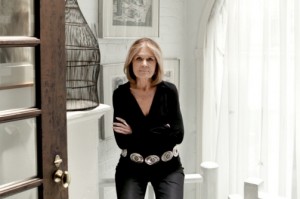 Even if you are a woman and think you don’t agree with feminist politics, your respect is still needed. Feminists, like Steinem, fought for the rights for you have to disagree with them. That thanks, however, is often never said.

HBO is airing a documentary on the Ms. magazine founder, Gloria Steinem: In Her Own Words, that explores her early years to her ones as the face of feminism. It airs August 15th.

Looking at The Daily Beast article by Nancy Hass, from a feminist bride perspective, it’s interesting to read about Steinem’s reflection on marriage and how it evolves, “In 2000 she married for the first time, at the age of 66. She and her husband, 59-year-old David Bale, a South African activist whose son is the actor Christian Bale, wed mostly for the sake of his immigration status, she says, but diehards accused her of betraying her reputation as single by choice. “People have to remember that the laws have changed, that marriage has changed,” she says. “I was never against marriage per se. Before feminism, I didn’t think you had any choice. In fact, for a long time I always assumed I would get married. I just didn’t see any marriages I wanted to emulate, so I kept putting it off. Then, once I realized how bad the laws were, that you lost your name and had to go to court to get it back, it was obvious it didn’t make sense. But that’s not the case now.”

It’s true marriage is changing, but the most important element to remember that marriage has always evolved and changed over time. That is something the people who strongly fight to keep marriage “tradition” easily forget.

Click to Read the Article: Gloria Steinem: The Future of the Fight for Women’s Rights – The Daily Beast.