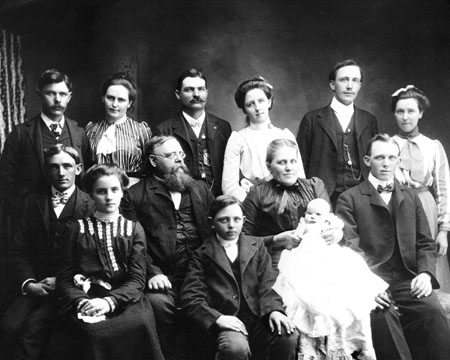 Marriage: When people kept it in the Family

After consummating their marriage, my friend’s parents discovered in family charts that they are in fact 23rd cousins, twice removed. They remain happily married to this day. While twenty-three degrees of separation seems like a big enough number to continue sleeping soundly in a joint bed, the cultural acceptance of relationships with only a few degrees of separation is just too close for comfort for most. Despite cultural taboos and legal barriers, the heart of the matter lies in the fact that affectionately entwined bloodlines have played a massive role in shaping history and culture throughout human history.

Laws preventing consanguineous marriages still exist, but more-than-friendly brother-sister relations still occur like out of a V.C. Andrews novel. The latest international news story was about a German couple in 2001: As a result of their amorous affection, they bore a child, did hard time, and love still survived. The idea of it still captures the distorted fears of moviegoers today with movies like The Hills Have Eyes (2006), Texas Chainsaw Massacre (2003, 1986, 1974), Deliverance (1972) and Wrong Turn (2003). In less horrifying film, who can forget in The Godfather III when Mary Corleone ignited a fire with her cousin Vinnie Mancini, but her father, Michael Corleone, forbade it.

While today sibling relationships are both taboo and illegal, there was a time when it was widely practiced, and even encouraged in order to prevent the tainting of royal bloodlines. Before Mark Anthony, Cleopatra VII was married to her brother Ptolemy XIII, and she was the offspring of a sibling marriage as well. While technically illegal during Roman times, it is said that Roman Emperor Caligula did the deed with all three of his sisters, Julia Livilla,Drusilla, and Agrippina the Younger. And no story of incest would be complete without the tale of Oedipus, who brought shame and ruin to himself and his city for marrying his mother. These tales were (and still are) told to children to impart lessons on morality, civility and health. The moral of these stories is that it is wrong to bang your sister and have children with her, but unsurprisingly, nature has a hand in promoting or preventing this kind of attraction.

The Westermarck effect is a process by which two people become sexually desensitized to each other during their first couple years of life, which is thought to be a natural selection process promoting gene diversity. For example, when a sister’s friend finds her older brother attractive, the sister fails to relate to the attraction. On the other hand, there is a theory of a “genetic sexual attraction,” whereby relatives kept apart during their formative years might be more inclined towards mutual sexual attraction. Finally, it’s well known that the risk of congenital diseases and birth defects rises with each inbred generation, a risk factor that can be determined by an “inbreeding coefficient.” An Ohio State studyresearched Charles Darwin’s genealogy.  Ironically, Darwin himself was a product of consanguineous marriages; and after marrying his cousin; their 10 children faced severe health problems and infertility. Three of them died prematurely. It is thought that Darwin’s children suffered from inbreeding effects.

Over hundreds of years, marriages between cousins frequently occurred for a variety of reasons. Like ancient Egyptian royalty, European royalty encouraged marriage between cousins as a political strategy to unite kingdoms and forge alliances. The Hasburg family of Austria was most famous for interfamilial marriages, so much so that Charles II of Spain exhibited signs of genetic disorders. Ultimately, his infertility led to the extinction of the Hasburg family line. Survival and companionship was another motivation, which was especially useful in pioneering communities. For small religious groups at risk of extinction, faith survived better by marrying those within the community – namely relatives. Retaining wealth, assets and titles was a huge driver in uniting relatives. Laws prior to the 1900s forbade women from retaining property and turned all assets over to her husband’s control. So to keep it in the family, families literally kept it all in the family. But in today’s more modern times, love may just naturally bud at family reunions, maybe as a result of that “genetic sexual attraction” theory. Pass the potatoes please.

Despite the dangers of inbreeding, along with the social and religious ramifications, there are an amazing amount of geniuses and leaders associated with this consanguineous practice. Johann Sebastian Bach married his cousin and they had seven children together. Albert Einstein thought it a smart idea too. Jessie James was not so much of a tough-guy to say no to his cousin, and perhaps writers Edgar Allen Poe and H.G. Wells both found inspiration in their aunt and uncle’s children. Queen Victoria, who set in motion the Victorian model of a modest bride, married her cousin, Prince Albert. Jerry Lee Lewis married his second cousin, an improvement over firsts, but he loses points because she was allegedly only 13. And while FDR bravely battled the Depression and Nazis, and while Rudy Giuliani fought against the destructive efforts of terrorists in 2001, both succumbed to the feminine wiles of their cousin-wives as well. (Giuliani anulled his marriage after 14 years with the Catholic church on the grounds the cousin-thing made it illegal in the first place.)

Affinity marriages are ones of indirect blood relations and can be defined as “in-laws,” which are still too close for comfort in certain jurisdictions and religions. One of the most famous affinity marriages is that of Henry VIII and Catherine of Aragon, daughter to Spain’s Queen Isabella and King Ferdinand II. Catherine had been married to Henry’s brother, Arthur, who died suddenly. To keep relations between Spain and England strong, Henry married Catherine after she promised the first marriage had never been consummated, and the Pope granted dispensation from affinity. Eventually, Henry, lusting after one of the Boleyns, justified his divorce from Catherine on the grounds that she had, in fact, consummated the marriage with Henry’s brother. And then he accused Anne Boleyn of sleeping with her brother in order to get rid of her.

Despite religious condemnation, legal disapproval and social discontent, history has shown that the practice was generally accepted among some of the world’s greatest leaders, thinkers and poets. While Thomas Jefferson marrying his third cousin seems too long ago to matter in the present day, the taboo itself has widely shaped and influenced history and culture. The question of its morality is not what’s being debated here, this dialogue is to bring attention to the fact that by treating consanguineous marriage as abnormal and taboo, we fail to recognize it as a pervasive component in history and in doing so only half the story will ever be heard.