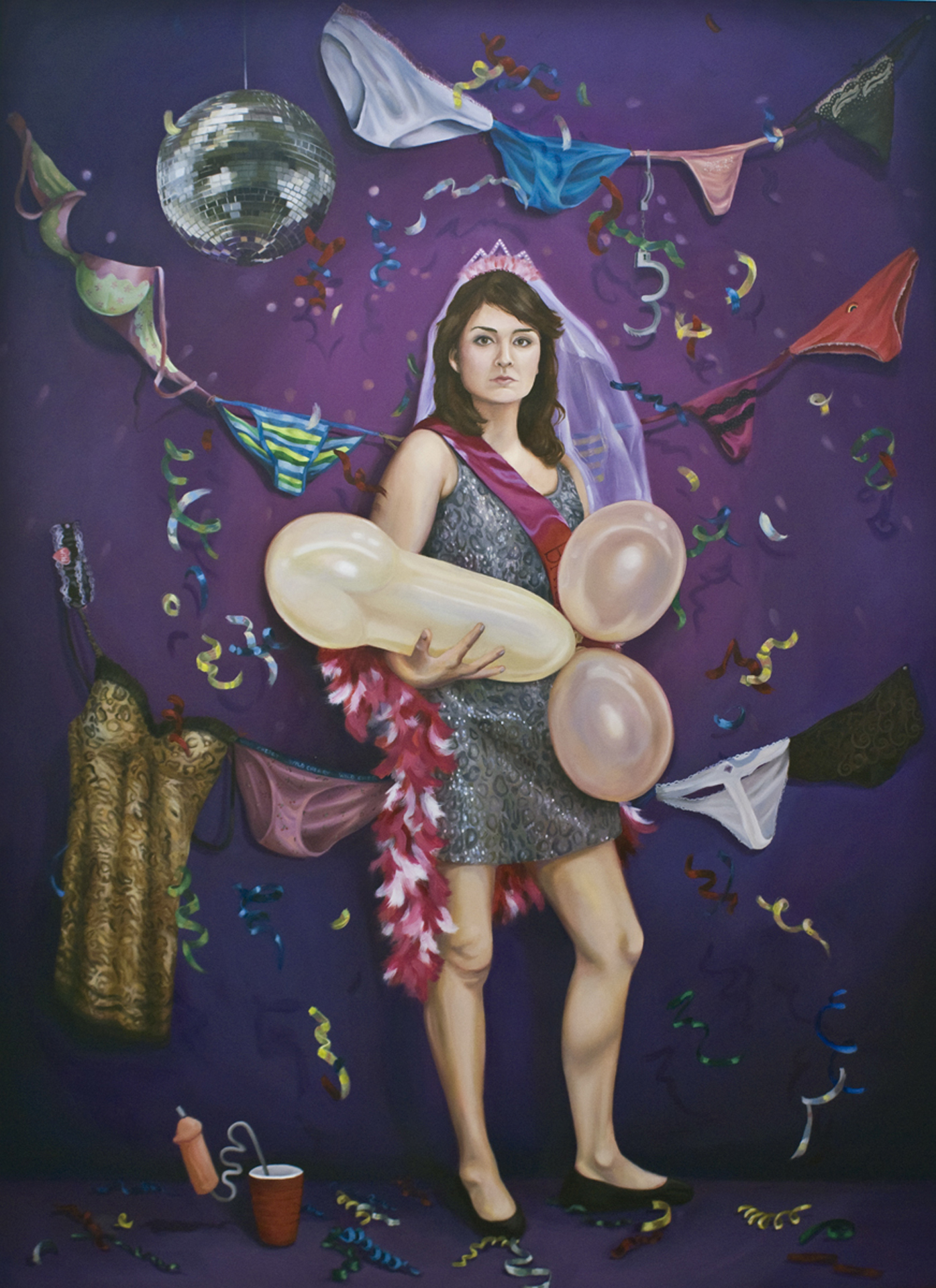 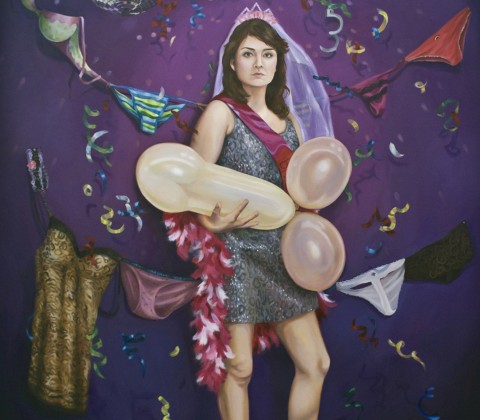 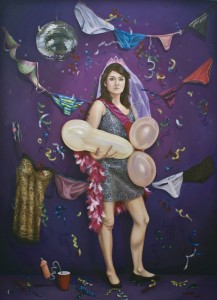 For bachelorettes though, the dick diadem is standard ware for one night. When asked by a bachelorette (who opted out) why brides wear them and why they attract so much attention, I thought, “What a sizable question!” END_OF_DOCUMENT_TOKEN_TO_BE_REPLACED 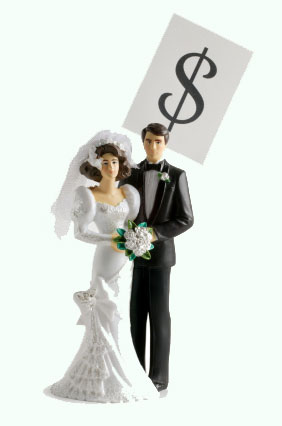 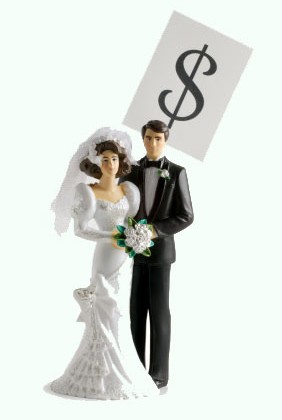 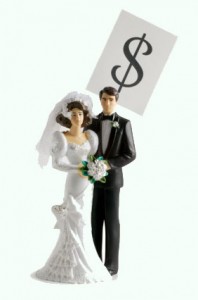 That sparkly diamond is supposed to make you feel like a perfect bride under all those layers of satin and waterproof makeup. How could bringing home less than your fair share from the workplace possibly play into the happy tidings of your wedding day? Sadly, it’s totally true. (This is why we also have to write advice like How to Stay Sane While Planning A Wedding.) END_OF_DOCUMENT_TOKEN_TO_BE_REPLACED

acceptance rings, ambivalent sexism, asking the parent's permission to marry, benevolent sexism, bride's parents, carrying the bride over the threshold, chivalry, de beer jewelry, diamonds, Elizabeth Warren, father of the bride, groom's parents, hostile sexism, if a man pays for a date do you owe him sex?, is chivalry bad?, mother of the bride, superstition, the history of the engagement ring, wage gap, wage inequality, who pays for the wedding, who plans the honeymoon, why do men buy the engagement ring, why does a man pay on a date
Continue Reading 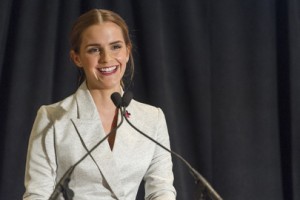 Emma Watson’s impassioned United Nation’s speech seeking both sexes to peacefully unite in order to achieve women’s equality has touched a nerve. Inaugurating the HeForShe campaign, Watson went on to explain that fundamental feminism “… by definition is the belief that men and women should have equal rights and opportunities. It is the theory of political, economic and social equality of the sexes.” END_OF_DOCUMENT_TOKEN_TO_BE_REPLACED 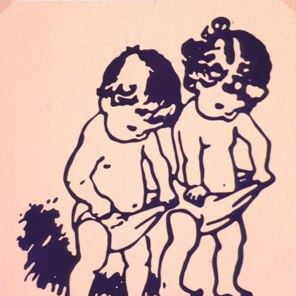 Are You Sexist? Take The Test

‘This male quip captures something essential about the face of sexism: an ambivalence, or doubled-edged way of thinking, in which women are sometimes treated with contempt and sometimes adored.’

‘How can adoration qualify as sexism? To answer this question, you are invited to take the Ambivalent Sexism Inventory and explore the dual nature of prejudice toward women. The inventory takes roughly 5 minutes to complete, and afterward you can compare your level of sexism with the scores received by people from around the world’ 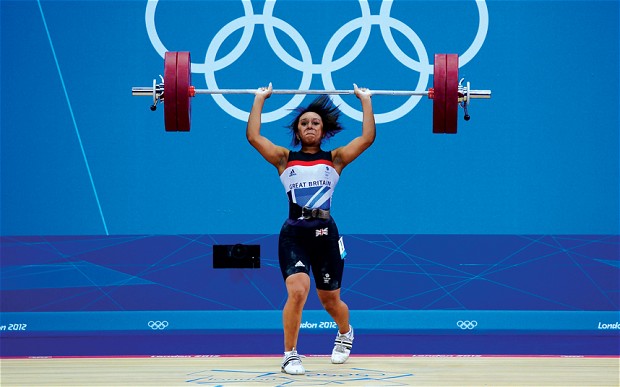 Olympic Athlete Fights Sexism with Witt, Words and The Web

British Olympic weightlifter Zoe Smith, 18 was in a documentary on BBC, 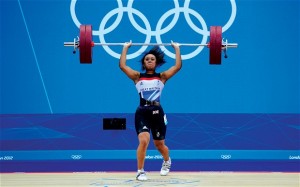 “Girl Power – Going For Gold.” Some Twitter commentators said Smith was more or less too masculine, should be more feminine in order to attract a man and that she should ‘go make her boyfriend a sandwich.’ Smith fired back on her blog, confronting a particular commentator (who apparently couldn’t handle the fight because the username is now disabled) and is being hailed for her smart and strong retort.

“We, as any women with an ounce of self-confidence would, prefer our men to be confident enough in themselves to not feel emasculated by the fact that we aren’t weak and feeble.”

The negative comments are a good example of hostile sexism. Hostile sexism is the negative treatment of women because they do not fulfill traditional, feminine gender roles (which is benevolent sexism and this keeps women subservient in traditional feminine gender roles). How to connect this to marriage? Well, marriage is a typical path for women to fulfill traditional feminine gender roles. Exchanges like in this article are an example of how those roles effect other areas women are engaged in, as evidenced in the sexual comments directed at Smith. It’s not necessarily sexism in the Olympics. The strong presence of women in the Olympics encourages lingering sexism in our communities to surface. It is an unfortunate event, but on a positive note it does highlight we, indeed, do not live in a post-feminist society and tells us we still have important work to do.

Women’s weightlifting was introduced at the 2000 Olympics in Sydney. Smith went on to break the British record in the 58kg competition by lifting twice her weight (211kg), but finished 12th out of 19 overall.

To read the article from Feministing.com and many more about sexism in the Olympics click here.