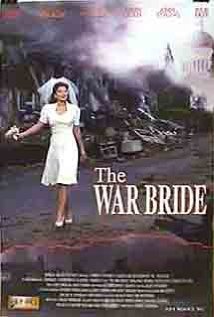 She quickly becomes pregnant and moves to Canada to live with her in-laws as part of a save the war-brides campaign. A sassy, fashionable city-Londoner, she finds herself in the plains of central Canada on a farm, severely out of her element and amongst hostile in-laws who find her UK style foreign, too sexual and think her marriage was a ploy to get her out of war-torn Europe. Not knowing whether her spouse is alive, she struggles with being a wife and a mother in a foreign land. (Subject: Marriage, War, Women) Director: Lyndon Chubbuck