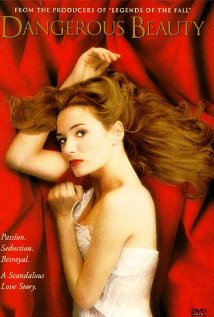 love but can’t marry the object of her affections due to a lack of a dowry. With no marriage prospects, she’s faced with the decision to either enter the convent or become a courtesan. She chooses the life that provides her access to education, independence and the power of expression and articulation, as opposed to the cloister or wifehood which forbids women an education, basic intellectual rights and keeps them as subordinate creatures. Her beauty and smarts win over the hearts (and beds) of most of Venice’s aristocrats, but after Venice faces war and then the plague she is accused of witchery and causing the downfall of Venice.  END_OF_DOCUMENT_TOKEN_TO_BE_REPLACED