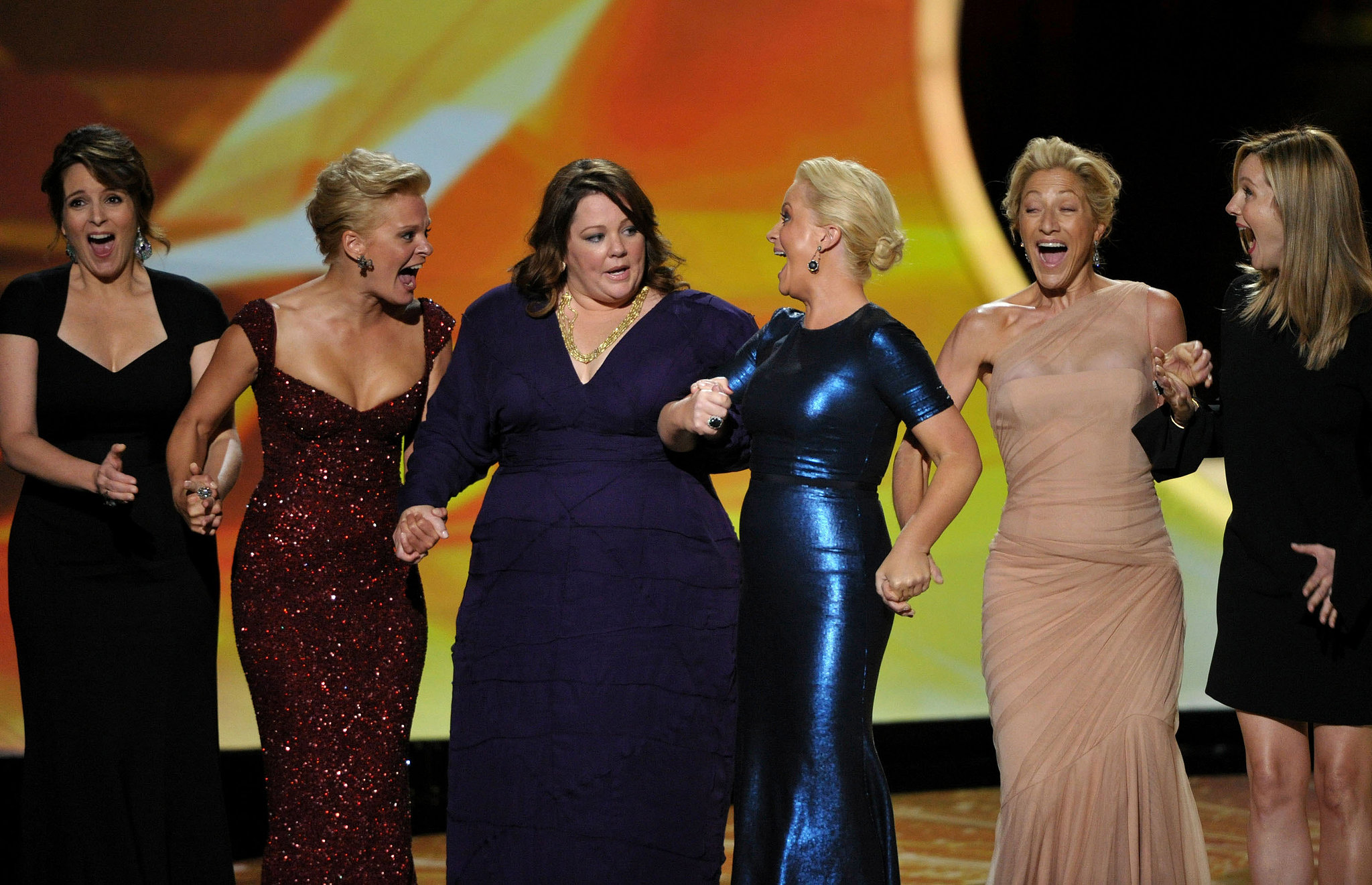 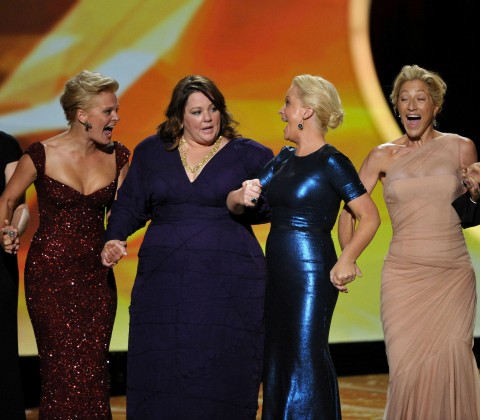 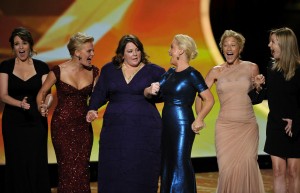 I’m happy that Louis CK took it upon himself to talk about real issues facing women like his daughters and me – and with humor. It is a funny and absurd observation that some people in this country are older than women’s ability to vote! But I’m confused at the feminist undertones of his SNL bit. Didn’t he tell The Daily Show, when discussing the Daniel Tosh’s controversial rape ‘joke,’ “[it’s] a fight between comedians and feminists, which are natural enemies, because stereotypically feminists can’t take a joke, and comedians…can’t take big criticism and are big pussies.

Maybe he changed his mind between the 2012 interview and hosting SNL, maybe feminism can be funny and address important issues simultaneously. All I know is that women’s longtime suffering has reached comical proportions. Feminists are not afraid of their pussies ever since Kathy Bates bravely explored hers in 1991’s Fried Green Tomatoes. And as far as criticism is concerned, they’ve rolled with the figurative and literal punches for centuries. Considering that it is still not a post-feminist world despite feminism’s efforts, isn’t a comedian’s greatest strength the ability to endure failure?

I think the time has come to put the funny in feminism.

Feminism has been around over 150 years. All three waves have executed almost every strategy in the activism book to make the world a better more equal place for women. From protests to civil reform, from boycotts to walkouts, from punishing to rewarding, from education to media means, no one can accuse them of not giving it the ole’ college try (even when they weren’t allowed in college). The strategies have worked – to a certain extent. (Despite its effort, US gender equality only ranks 23rd out of 123 countries.) But there’s one tactic that feminism has yet to utilize  – humor.

What’s more, feminism needs funny. Women are still facing a deck stacked against them. They continue to struggle to control their own bodies, marry whom they love, be fairly represented in government and in the office, and worry about balancing their professional and family life. Women and young girls can barely rest without keeping a critical eye on how they are portrayed in the media or worrying about being called bossy. It’s exhausting, which is when even the littlest of things become hysterically funny, even the awful shit. That’s called coping.

Humor is a great coping mechanism to deal with life’s toughest lemons. Just ask Tig Notaro, who came down with pneumonia then contracted a life-threatening bacteria, then got dumped just before loosing her mother tragically and then was diagnosed with breast cancer in both breasts all within a year. Just days after her diagnosis, she took to a Los Angelos stage to tell an audience that she has breast cancer. Then earlier this year Obvious Child was released to much fanfare. Believe it or not, cancer and abortion have never been so funny.

Notaro explains even the most serious topics can be funny with the right mix, “the equation is tragedy plus time equals comedy.” (Did I mention how old feminism is and that traveling across Europe is shorter than a Texas woman traveling for an abortion?) Elissa Bassist explained the power of humor to address difficult topics, “They [jokes] could be cathartic and empowering, they could help you reclaim control when you’ve lost something you’ll never get back or have been damaged beyond repair.” Seems to me that being funny should be another feminist superpower.

Humor’s power to humanize a difficult issue is also why feminism needs it. While feminism has accomplished a lot, it also has a severe PR problem. Thinking of feminists as just man-eating, bra-burning sluts is not an image they deservedly earned, but it’s their problem now. Anyone worth a salt wants their daughters, spouses, sisters, mothers to be treated fairly and to achieve anything they set out for, but the extremist branding feminism has been given means their causes, no matter how reasonable, often falls on deaf ears.

Fear not feminists, humor will not diminish the issues. As someone who interned with the women’s art activist group, Guerrilla Girls Broadband, Inc. humor is a vital component to addressing women’s lack of representation in the art world and other women’s issues. They’re a saucy, witty group of broads and everyone respects them for it. Humor’s capacity to humanize a person or issue means that it also has the ability to make people listen, understand the problem and help them empathize. Besides, people like funny people.

And people like funny feminists too, just look at the massive popularity of Tina Fey and Amy Pohler (shout outs to other important feminists and comedians too: Sarah Silverman, Margaret Cho, Roseanne Barr, Joan Rivers, Janeane Garofalo (who cut me in line for the bathroom, but regardless I was psyched to have “met her”), Chelsea Handler). Fey and Pohler have developed leading, female and feminist characters in their hit NBC TV shows: 30 Rock and Parks and Recreation. While their characters are fully dedicated to feminist dogma, they are also stereotypical parodies of them too. Like any good joke, there’s a fine line between reinforcing stereotypes and being able to laugh amicably with them on real issues. This is also why Amy Schumer’s comedy show Inside Amy Schumer works so brilliantly. It is possible for feminism to be comically self-deprecating in order to be relatable and earn the respect of peers. It’s not easy, but it is possible. The upside might be worth it.

Louis CK’s joke that comedy and feminism are mortal enemies puts feminism as the butt of the joke; but that doesn’t have to be the case. If feminism decides to take on humor as a tactic for change there are bound to be retaliatory jokes. Hecklers are part of the comedic game, but feminists have their fair share of them anyways. Comedy at least lets feminist zing the hecklers publically and with approval (something it needs).  With a good retort, hecklers can be immediately disarmed; feminists just have to be smarter, faster and funnier. And if they can’t do that, they should make a non sequitur fart joke, because everyone loves a good fart joke and the person on stage will still come out being loved.

My advice that feminism adopts humor to take on their toughest issues is not delivered lightly. A good joke, an intellectual one, is as finely crafted as a painted masterpiece. It must be rehearsed and if it doesn’t pass the muster – it goes back to the workshop. I’m not advocating that suddenly any boob joke be made in the name of feminism. This is why Daniel Tosh’s 2012 rape joke failed miserably; its structure reinforced everything that is bad about rape culture. Whereas, Sarah Silverman pulled off joking about rape by being “irreverent” and “vulgar and simultaneously vulnerable.” Silverman is also a super supporter of women, so she and her edgy comedy can use that to their benefit. Notaro similarly managed to lessen the tragic blow of cancer by comfortably picking at the hypocrisy of the disease and in the process humanized herself as a patient. There is a difference between making a smart boob joke and sounding like a boob.

Psychologist professor, Peter McGraw and journalist, Joel Warner are exploring comedy trends in their new book, The Humor Code, like how for humor to work there must be something dark or wrong, what they call a violation. After attending a recent Women of Letters event, I was struck by the readers’ power to take dark personal experiences and make them profound, heartfelt and funny at the same time. Even recently released Lena Dunham’s Not That Kind of Girl and Amy Poehler’s Yes Please dive into sometimes-difficult content while making us smile at the same time. Feminism is experiencing a powerful new stage full of savvy, creative and funny women. What’s more is that the rest of us need such voices and leaders, humor just helps us all to accept and move beyond the bad.

The history of women, the unresolved issues, the gross stereotypes of feminism shows that it has the potential (and certainly a wealth of resources and experiences to pull from) to use comedy to their advantage. If it doesn’t convince someone to vote pro-choice or not slut-shame, it can at least be used as a source for relief and camaraderie among its own members. As a feminist, I certainly get riled up at the obstacles I face every day, but the power of laughter positively empowers me in a way anger cannot. Imagine what feminist comedy could do to heal, cope, reenergize, inspire, empathize and empower people. This is why feminism needs funny.