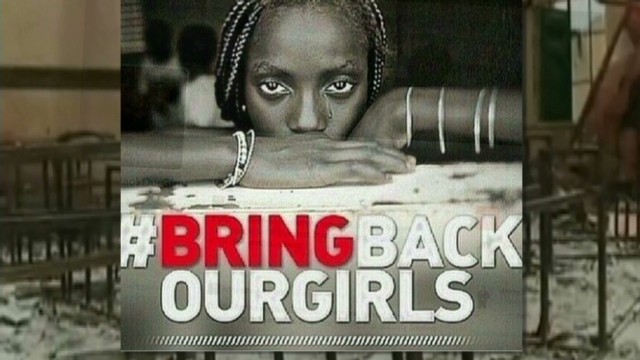 Why there’s much more to the Nigerian girls’ kidnapping

Hundreds of schoolgirls were kidnapped in a school raid in Nigeria on April 14, 2014.

The kidnappers are from the Islamist group Boko Haram, which means, “Western education is sinful.”  Nigerian President Goodluck Jonathan has been unable to retrieve the girls and he is seeking internationally assistance.

US Secretary of State John Kerry promised help. “The kidnapping of hundreds of children by Boko Haram is an unconscionable crime, and we will do everything possible to support the Nigerian government to return these young women to their homes and to hold the perpetrators to justice,” Kerry said from Addis Ababa, Ethiopia. The international community is right to respond cooperatively, but what about addressing why the girls were kidnapped in the first place?

Educating girls empowers women. In patriarchal societies, this can often be seen as threatening to the powers in charge, i.e. men’s. Kidnapping them not only removes them from healthier futures, but repeated violence on schools makes parents reluctant to send others, namely girls, to school in the first place. Just look at the violence the Taliban committed against Malala Yousafzai in Pakistan.

Boko Haram has committed extreme regional violence in Nigeria’s north, such as slaughtering and burning 50 teenage boys. They have a repeated history of terrorist attacks on schools in Nigeria. Ultimately, their goal is to weaken and overthrow the existing government. Amazingly enough, the kidnapped schoolgirls incidence has incited large political protests and demonstrations as a result of President’s Jonathan’s ineffectiveness. To date, 276 girls remain missing, over 50 have managed to escape.

While the idea of a mass kidnapping of children has sparked internationally outrage despite the fact that this is not an isolated event in Nigeria or by Boko Haram, it does raise a huge flag regarding the safety of women, women’s education and their status as people and within marriage.

Allegedly (though these reports cannot be verified), Boko Haram threatened in the video that the girls have or will be sold to their abductors for a $12 bride price. Some have also been taken over into Chad and Cameron.

Child brides are actually common in many developing sub-Sahara, south Asian and Middle Eastern countries. More than 50 million girls under the age of 17 in developing countries are married; and more stand at risk, that number rises to 60 million before the age of 18. In countries like Bangladesh, Central African Republic, Chad, Guinea, Mali, and Niger more than 60% of women entered into marriage or into a union before their eighteenth birthdays (MICS, DHS, and other national surveys, 1987-2006).

The reality is that young girls are often sold as young brides through traditional dowries and bride prices.  It’s just socially sanctioned by the community, religion, her in-laws and parents in this case. Remove the permission of the parents and the community, and you have a world news events and human rights issue. But how really different is this event from the ones that happen every day in their own backyard? And why aren’t we paying as much attention to it?

Exchanging young girls in marriage leads to other massive issues. The most dangerous is to her health. Young brides often leads to young mothers, which is why child birth is the number one cause of death worldwide for girls aged 15 to 19. It also usually means the bride is married off to a significantly older husband. And if the in-laws find any issue with the bride or her dowry, she is often subjected to severe domestic abuse, drug trafficking, prostitution and honor killings: acid throwing, burning or stoning. She’s also likely to be pulled out from school to fulfill her wifely duties of cooking, cleaning and child rearing. This becomes a catch-22, because it’s proven that a girl’s access to education improves not only her own, but her families financial standing. In Zimbabwe, less than half the women who attended primary school ended up married before the age of 18, those who attended no school where 87% more likely to become child brides. Pull her out of school and the financial hardships often lead to many of the dangers mentioned above.

Boko Haram’s move to kidnap girls as a result of their distaste for ‘western education’ hits women the hardest, but it affects everybody. Destroying schools or harming the students that attend them, not only impairs the economic and social health of the community or individual families, but it perpetuates an unhealthy gendered system of power. In these systems, men will often abuse that power by keeping women, as Abubakar Shekau put it, their personal slaves.

So as the world watches with the same curiosity, outrage and compassion for the victims of this kidnapping, as they did with the missing flight MH370, remember that this event hits human rights violations on many more levels than just a kidnapping.