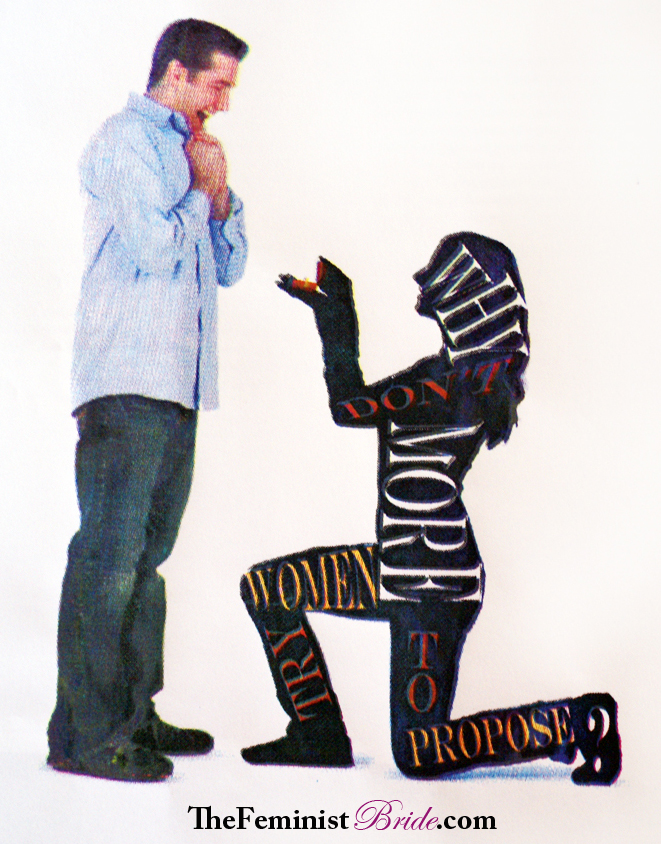 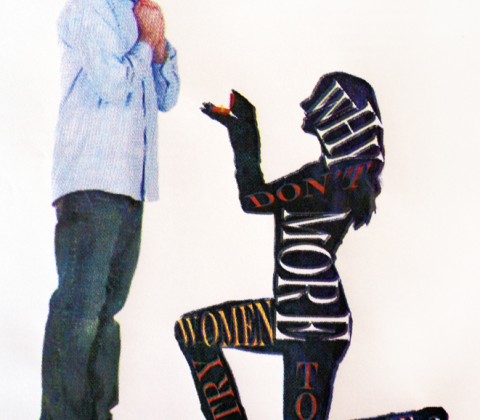 Leap Day: The Only Day Women Can Propose…NOT! 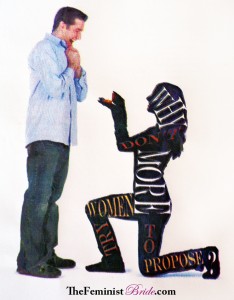 There is a wedding tradition that states women are only allowed to propose to men on February 29th, Leap Day. That’s once for twenty-four hours every four years and that’s if she’s in a relationship that’s ready to move to the next step. Having such an opportunity is almost as rare as Donald Trump telling the truth or acting humble. The question is where does such nonsense come from?

The tradition is supposedly of Irish origins. Here’s what Huffington Post reported,”Legend has it that St. Brigid of Kildare, a fifth-century Irish nun, asked St. Patrick, the patron saint of Ireland, to grant permission for women to propose marriage after hearing complaints from single women whose suitors were too shy to propose. Initially, he granted women permission to propose only once every seven years, but at Brigid’s insistence, he acquiesced and allowed proposals every leap day. The folk tale suggests that Brigid then dropped to a knee and proposed to Patrick that instant, but he refused, kissing her on the cheek and offering a silk gown to soften the blow. The Irish tradition therefore dictates that any man refusing a woman’s leap-day proposal must give her a silk gown.” Nothing like a nighty from someone to soften the blow of rejection. The article goes on to explains the origin story is entirely dubious though, but that does not mean the damage hasn’t been done already.

This tradition of letting women assume leadership of their romantic future is as tenuous as a Texan woman being able to autonomously control her reproductive life, both are more likely to spot a unicorn than an abortion clinic or a woman down on one knee. There aren’t many examples of women-led proposals out there in mainstream culture anyway, even lesbian proposal barely show up. I’ve been scouring media for years watching for examples of women-led proposals and the rare occasions are always subverted by an immediate man-led proposal or writers don’t give it the same Hollywood fanfare and formality as men’s. To prove my point, even Amy Adam’s character in the actual movie Leap Year (2010) – spoiler alert – doesn’t really end up proposing…

So how can a modern woman begin to realize that she is completely capable of proposing and should feel free to propose?  One is realizing that a tradition, which says that for 1,458 days it is NOT a woman’s place to propose is a horribly misogynistic one. And anyone like Lynn Niedermeier, who insists that it is in fact feminist because it creates an opportunity for women to push against the patriarchy, needs to realize that women’s civil and social rights are not on vacation between election years or Olympic Games. For it to be really feminist, the opportunity must be a realistic, daily option free from gender bias. I personally think that the biggest impact that will make a women-led proposal a common occurrence is:

1. Increasing women’s sense of and obligation to leadership both in the workplace and in the home. Both men and women need to understand proposing is not just the “man’s job.”

2. Teaching everyone from an early age that proposing is an equal opportunity event. This will help with gender and same-sex marriage equality.

3. Creating ample and healthy examples of women-led proposals in media that rival any man-led proposal on screen or in paper. I’m looking at you Hollywood writers’ rooms and the bridal industry.

Forget The Bouquet, Single Ladies Need to Catch a Break

Bummed Out Over Wedding Photo Trends?