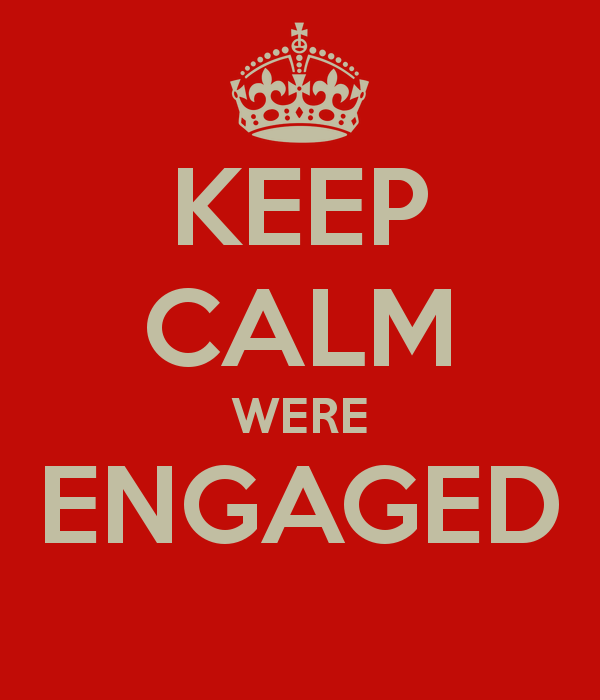 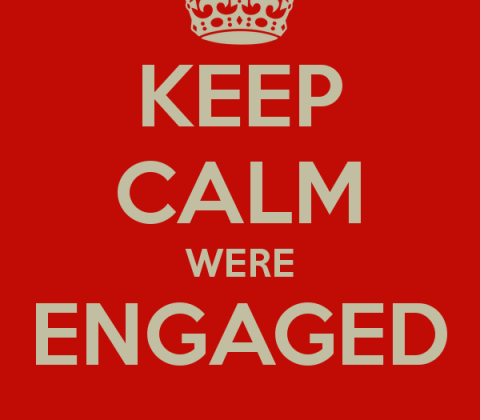 Should You Have An Engagement Party? 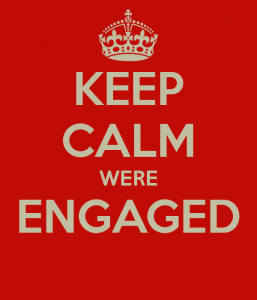 the mostess. I love playing bartender. I love mingling. And I love themed parties. So if you asked me whether or not it’s worth having an engagement party, I would clearly answer, “meh, it’s not really necessary.”

Here’s the thing – weddings are never singular events. There’s the shower, the bachelor or bachelorette party, the rehearsal dinner, the ceremony, the reception and maybe there’s an after party. It’s like asking if you really need a sixth finger; I could…but it’s not necessary. Not to mention, that if you’re involved in the wedding…forget having a social life until the fiancés say. “I do.” Each event requires time, energy, money and travel. Everyone is happy to celebrate this new stage of your life, but after awhile it’s like seeing the same Broadway play for the 11th time – getting up to give a standing “O” for the umpteenth time is not going to have as much energy as it did the first.

That said; I had an engagement party. It was a wonderful summer event on our patio filled with lots of friends, ambient lights, plenty of food, beruit and a keg. It was such an important event that even the cops showed up to wish us well! After the cops left, we decided to head into our cute little Jewish Boston neighborhood to the local Chinese restaurant that turns into an awkward disco after 10pm. (Our after parties there were legendary.) There were abundant scorpion bowls and pu pu platters. We danced like no one was watching and we ate and drank like kings.

We justified an engagement party because we were moving across the country and it doubled as a bon voyage party. And we insisted that no one bring gifts (contrary to what an etiquette book might say), but some were nice to bring a card anyway. There were no dress requirements; no pomp and circumstance. Knowing that too many wedding events can really weigh down a partygoers experience, we wanted to make it as casual as possible. Most my bridesmaids missed the party, but that was okay.

Engagement parties tend to be rare. In media, like in Wedding Crashers, they often look like these elegant black-tie events that are almost indiscernible from an actual wedding. I’d love to go to one of those, but I also don’t want to go those every time there’s an engagement… In my experience, most are usually really informal and spare of the moment nights out on the town – jeans, bars and too many celebratory shots that I regret the next day. And those can be just as perfect, if not more fun, than anything formal.

If a party is still up for debate, here’s a really great Feminist Bride idea: in lieu of a bridal shower, which is horribly gendered because it often excludes men and gives future wives the impression that they can only be housewives, have just an engagement party. This way the number of parties is condensed and the imposition on guests minimal. An engagement party is much more gender inclusive without the forcing obsolete ideas of wifedom on women, unlike a shower. If the couple has their heart set on a Cuisinart blender, they can still register for gifts and hope guests are generous enough to double down on wedding gifts or they can just wait till the wedding.

On whether to party or not to party, consider the imposition that it puts on your guests and everyone’s bank account. There are plenty of options out there to fit everyone’s needs and desires and ways to party that downplay egregious and gendered consumerist habits, like the shower substitute idea. Another trendy idea is to just take engagement photos together. Taking schmancy photos and then sending out an equally schmancy announcement snail mail cards is enough to invite warm responses of congratulations, cards and even a gift or two. Sometimes just a friendly phone call or in person announcement is all a couple needs to celebrate their news. If you’ve got twenty friends, that’s like twenty little parties you can enjoy!

When it comes to celebrating an engagement, just think outside the box and don’t worry about fitting into convention. Doing so most likely means making positive and satisfying memories on your own terms. And if you don’t, don’t worry about missing out on anything. There are plenty of other occasions to celebrate. But if you do, I totally recommend a Chinese restaurant in a quiet Jewish town, while getting weird dancing to Whitney’s I Want to Dance with Somebody, while consuming copious scorpion bowls and pu pu platters be part of the experience…