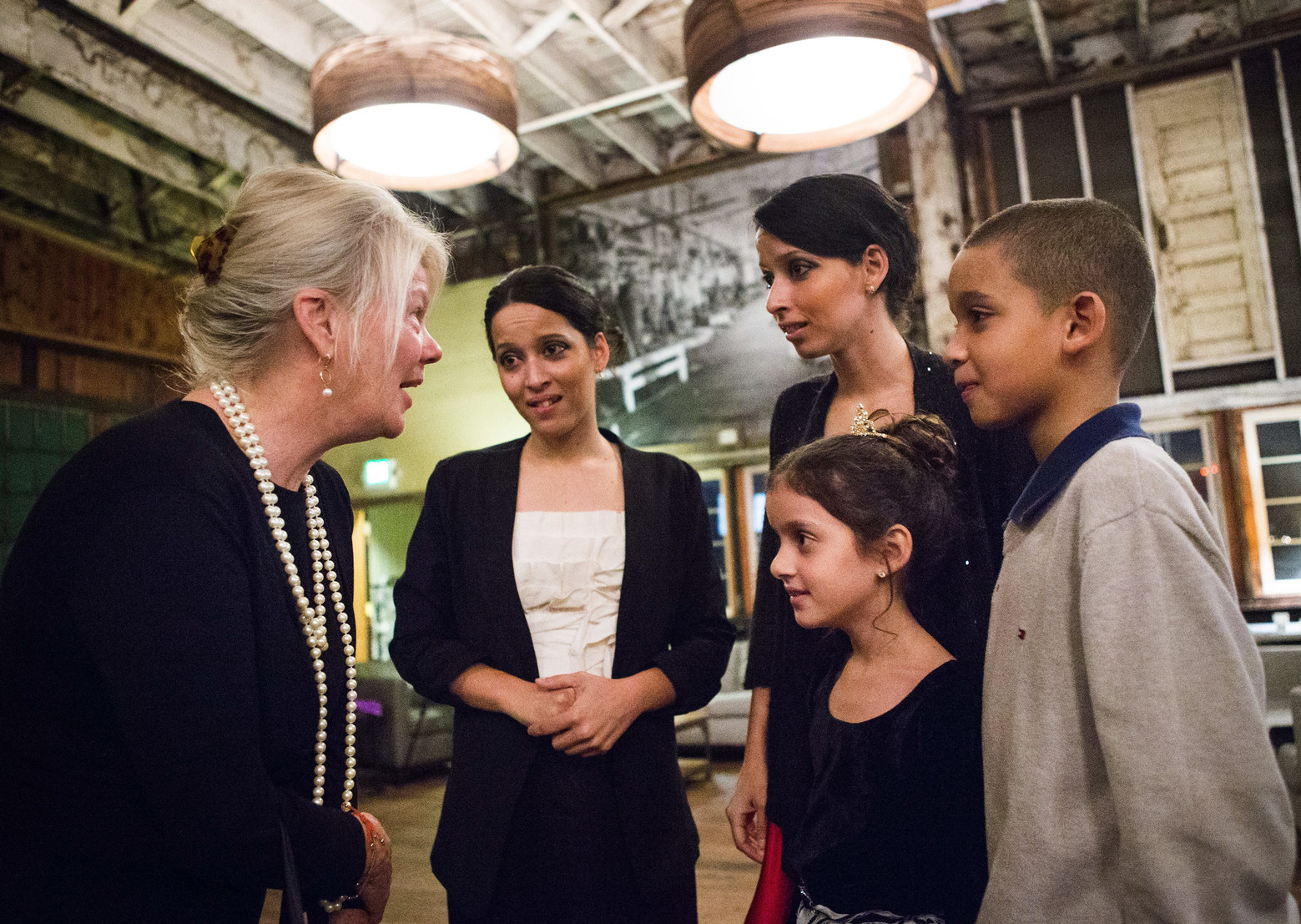 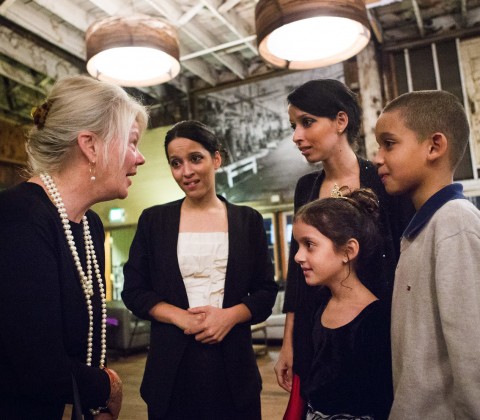 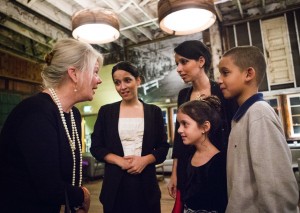 Karen Olsen talks with twin sisters, Sarah, left, and Rebecca, along with Sarah’s daughter Sarah, 7, and Rebecca’s son, Emmanuel, 9, as they thank her for the evening donated to Mary’s Place families at Sodo Park on Saturday. (Lindsey Wasson / The Seattle Times)

If you were left at the altar or left before you could walk down it, would you have the clarity to turn a wedding fiasco into a triumph of humanity? Dana Olsen put aside her broken heart and decided, with the help of her family, to donate her would-be-wedding to the homeless families of Seattle’s Mary’s Place emergency shelter.  Guests from Mary’s Place were treated to hairdo’s and donated formal wear to wear to their special formal dinner before they arrived to the upscale Sodo Park venue. They enjoyed a catered meal and danced the night away to a live band. END_OF_DOCUMENT_TOKEN_TO_BE_REPLACED

donated wedding, family, giving back, homeless, jilted bride, Mary's Place, Seattle, what to do if you're left at the altar
Continue Reading

Gregoire, 64, is in the last year of her second term. She has not always supported gay marriage equality, though now she states, “For all couples, a state marriage license is very important. It gives them the right to enter into a marriage contract in which their legal interests, and those of their children if any, are protected by well-established civil law,”

Gay couples already enjoy the same rights as heterosexual ones under a Washington government domestic partnership law which stays within parameters of federal law. While this is still a step up from states that provide no rights 0r protection to gay couples, it practices the notion of “separate but equal.”

Support for gay marriage is split in the state between more the more liberal coast (including Seattle) versus a more conservative inland. While Washington is mostly democratic, gay marriage is still a split issue as a result of conservative democrats. The domestic partnership law was barely approved the first time. In terms of revisiting gay marriage rights, Gregoire commented, “It is time, it’s the right thing to do.”

Critics of the proposal say that Gregoire should be focusing more on the state’s $1.5 billion budget shortfall. However, what no one has managed to consider is how much gay marriage approval would contribute to Washington’s wedding industry revenue.