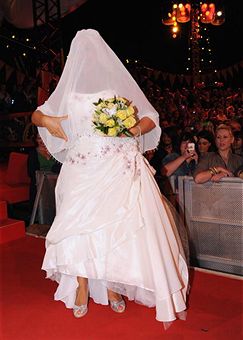 The Dangers of the Bridal Veil: The Tale of Jacob and Rachel

Ever wonder why the veil is lifted at the end of the wedding ceremony? It’s not just for a romantic effect. Actually there’s a lot of historical and cultural explanation to why it’s a classic ceremony custom, though I thought I’d just share one for now. The Jewish faith offers a funny tale warning against the dangers of veil wearing. Religion, 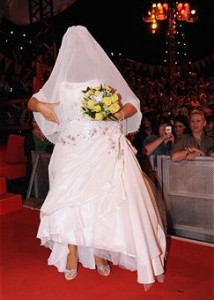 sister-cousin marrying, polygamy, bartering women and deceipt aside, I find the story enjoyable. I thought I’d share a reiterated Feminist Bride version for those who enjoy good hijinks and are debating whether or not to wear a veil.

(Genesis 29:15-30): Jacob meets his cousin Rachel and is immediately smitten with Rachel’s kindness and beauty. Jacob, without the money to support a marriage, strikes a deal with Rachel’s father, Laban. Jacob will work under Laban for seven years in exchange for his daughter’s hand in marriage. But here’s the rub, Jacob failed to specify which daughter he wanted. Rachel has an older sister, Leah, who is considered homely and the lesser catch. Tradition states the older sister should marry first and Laban recognizes he’s stuck with a less-appreciated, unattractive daughter no one will want.

Seven years pass quickly for Jacob because he is so in love Rachel and it comes time for him to finally marry her. Laban throws a lavish wedding ceremony and makes sure everyone’s thirst is well quenched with drink – particularly Jacob’s. To make the marriage final it must be consummated and Laban leads his veiled daughter to the wedding chamber where Jacob is waiting. Jacob makes love to his bride, but when he awakes sober the next morning he realizes he has been tricked. He married the older sister, Leah! Since he has taken away her virginity Jacob is chained to Leah for life. Needless to say, he is furious.

Not all is lost for hoodwinked Jacob because polygamy is a common practice. Jacob demands that Laban allow Rachel to become his second wife. Laban, holding all the cards, agrees on the condition that Jacob commit to another seven years of work. Being madly in love with Rachel, Jacob can do nothing but agree. A week after marrying Leah, Jacob finally marries his real love.

So reader, the moral of the story is to beware veiled tricks! On a cultural point, this warning explains the Jewish wedding tradition of the badeken, where the groom veils the bride himself (gotta know she’s the right one). So when it comes to wearing a complete veil, make sure not to pull a Jacob! 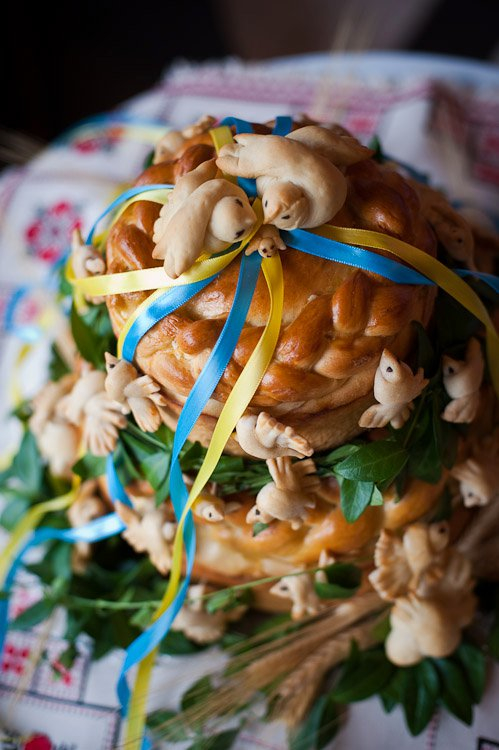 There are many non-Western cultures and faiths that practice magnanimous food sharing. 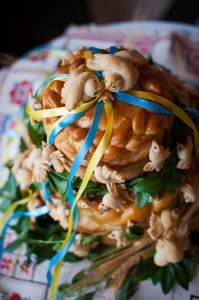 In the Jewish faither, there’s the ‘Yihud’ that provides a secluded moment for the newlyweds to feed each other their first meal as a married couple. And during the ‘kiddushin’ (betrothal ceremony) the bride and groom share wine during a blessing. END_OF_DOCUMENT_TOKEN_TO_BE_REPLACED