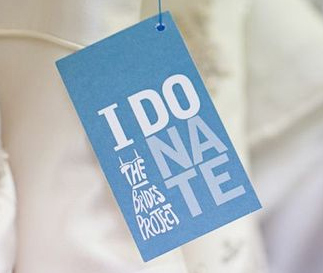 10 Ways to Donate Your Wedding Dress 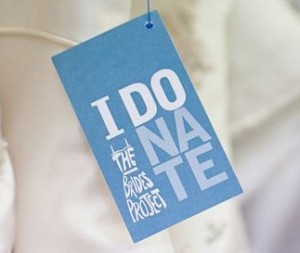 Not sure what to do with your wedding dress collecting dust in your closet taking up precious square footage OR those bridesmaid dresses the bride swore you could wear again but never will? Consider donating it to one of the ten charities below. It’s important to note that, overall, donating your wedding dress will most likely come at an additional expense to you – many of the shops require dry cleaning or at least an additional monetary donation; that also doesn’t include the cost for shipping your dress to the non-profit if you don’t live in the area and some even want a self-addressed stamp envelop to send you a tax donation receipt. The upside to the extra financial burden is that your dress will eventually make someone very happy and the sale proceeds will go towards various causes, plus you’ll be practicing eco-feminism because you won’t be sending your dress to sit in a landfill. END_OF_DOCUMENT_TOKEN_TO_BE_REPLACED