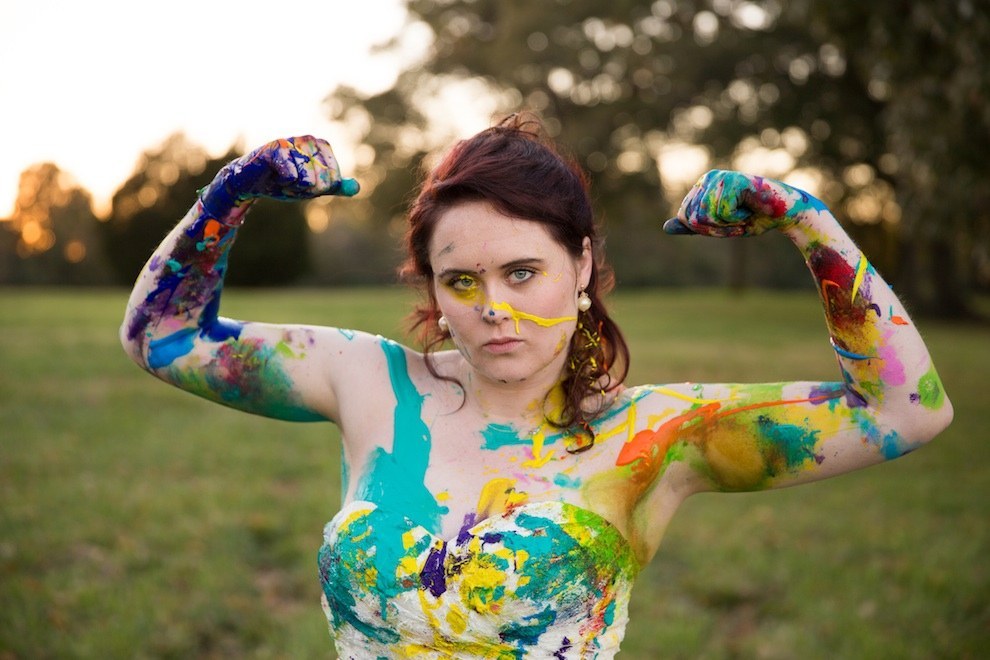 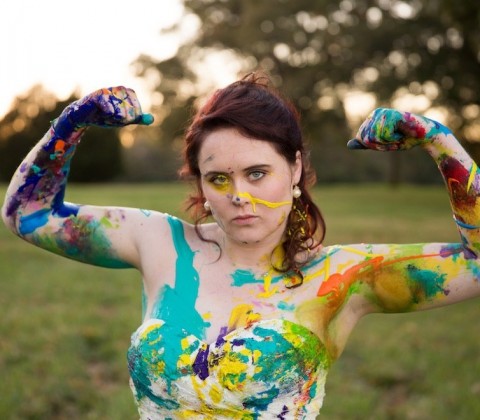 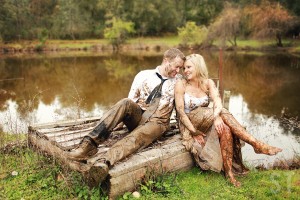 Allegedly, trashing the dress became a thing circa 2001 courtesy of Las Vegas wedding photographer, John Michael Cooper. Cooper may have gotten the idea as early as 1998 when he watched an episode of Sunset Beach, in which Meg Cummings threw a massive tantrum and her bridal self into the ocean after her wedding was interrupted. And from there an idea was born, “I can make this type of crazy, sexy.” With the average wedding dress costing $1,211, it’s hard to imagine why a bride would want to demolish a dress that Oscar de la Renta described as “the most important dress in the life of a woman,” so the question remains, why destroy it? Here are just a few theories. The first theory is the most basic; brides want to get a little more mileage and fun out of it, which ironically renders it unwearable for future fun. The second assumes the bride is trying to stick it to the wedding industrial complex. However, since the dress is a sunk cost, the joke may still be on her… The third theory is that the bride is trying to get over heartache. The bridal gown is the epitome of wedding symbols, but if the love soured, it can quickly become an effigy of all that once was but now is broken. Jilted lovers to divorcees might be trying to eliminate all that bad juju or evidence of former happiness. The fourth is that the bride is absurdly and obnoxiously rich and bought a dress just to trash it. The juxtaposition of the fancy wedding dress against a pile of rubbish is too cool and ironic to pass up such a photo opportunity. The fifth hypothesis is that the bride is super into trends and if everyone else is doing it, she has to too. And last but not least, the bride feels no sentiment for something she will never wear again, therefore she has no worries about creating unnecessary waste or not donating it to a charity or someone else who might want it and her priority is to play in the mud above all else. 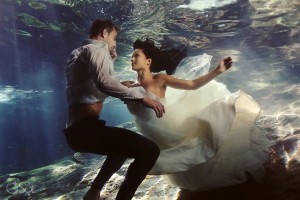 When it’s broken down like that ‘trashing the dress’ can seem cold-hearted or wasteful, even if the brides look like they’re having a grand time rolling around in the sand as if they’re on a Danielle Steele book cover or in the water like they’re The Little Mermaid. Maybe the bride was too often denied rolling around in the mud as a child and this is her attempt to make up for lost childhood moments. Sometimes the ‘trash the dress’ concept can runaway from its original intentions though, such as it did for 30-year old, Maria Pantazopoulos in 2012. During her watery photo shoot, the dress caught the current, dragged her underwater and she drowned. So it’s really important to know the limits of safety when ‘trashing the dress.’ If you search for demolition ideas on the Internet, beware that not all you see is real (sometimes it is). Those 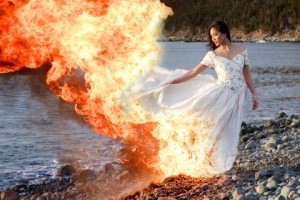 photos of brides setting their dress on fire while they are in them…are most likely Photoshopped. For the love of Vera Wang, don’t do this for real. Those dresses are probably doused in flammable chemicals. Not to mention, burning brides is a real human rights violation occurring in developing countries. Communities and families will set brides on fire in honor killings to punish her for not being a virgin, marrying outside her religion or class or for not having a substantial dowry. So putting ablaze the wedding dress while the bride is in it is actually pretty culturally insensitive. Burning just the dress in a controlled fire pit is a lot more kosher. 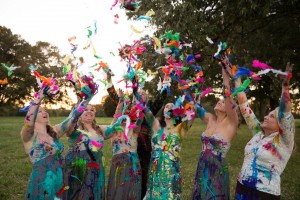 Sometimes ‘trashing the dress’ can be constructive deconstruction though. 23-year old Shelby Swink was unfortunately jilted at the altar. Instead of wallowing in self-pity, she gathered her bridesmaids and parents and ‘trashed the dress’ and everyone else’s attire with paint. “I can’t even describe how liberating and cathartic the experience was for me,” said Swink. “The moment the first bit of paint hit my dress I was free.” She explained that the dress was ‘just a dress, a material item’ but also needed something positive to do on her would-be wedding date. ‘Trashing the dress’ in this case became an act of rebellion and freedom that allowed her to say goodbye to this travesty and hello to an empowered future. So should a bride trash the dress? Many would say that it’s up to the bride. If she bought it, she’s earned the right to decide its future. As The Feminist Bride, this trend is an interesting twist that counters the stigma that weddings must be crisp and clean and perfectly white. Women should feel free to get as dirty and messy as their hearts’ desire. 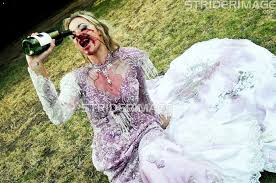 That said; I can’t ignore the act’s general environmental wastefulness along with its heavy financial investment. However, I also can’t fault the brides who trash the dress just to get a little more mileage out of it. I totally agree that the cost to wear opportunity ratio is way too disproportionate, though I’m not sure ‘trashing the dress’ is the answer to even the playing field. Once upon a time, tradition created opportunities for brides to wear their elaborate wedding gowns more than once. Sometimes a wedding dress was just a gal’s best practical outfit that could be worn repeatedly. Maybe it’s time to reinvigorate those ideas, so brides don’t feel compelled to belly flop into a mud pit just to wear it once more. 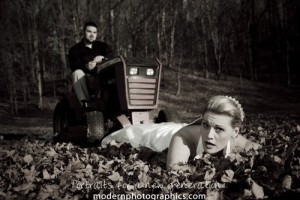 At the end of the day, it’s ultimately up to the bride but it’s important to consider whether the act is constructive deconstruction like Swink’s photo shoot or an impulse to be trendy. Brides and photographers should also really consider what’s safe and appropriate (and quite honestly not cheesy either). With lots of cons, perhaps this trend is just a sign that brides just need more creative, cathartic and anti-tradition outlets when it comes to wedding planning. Besides, is it really fair to take it out on the dress?